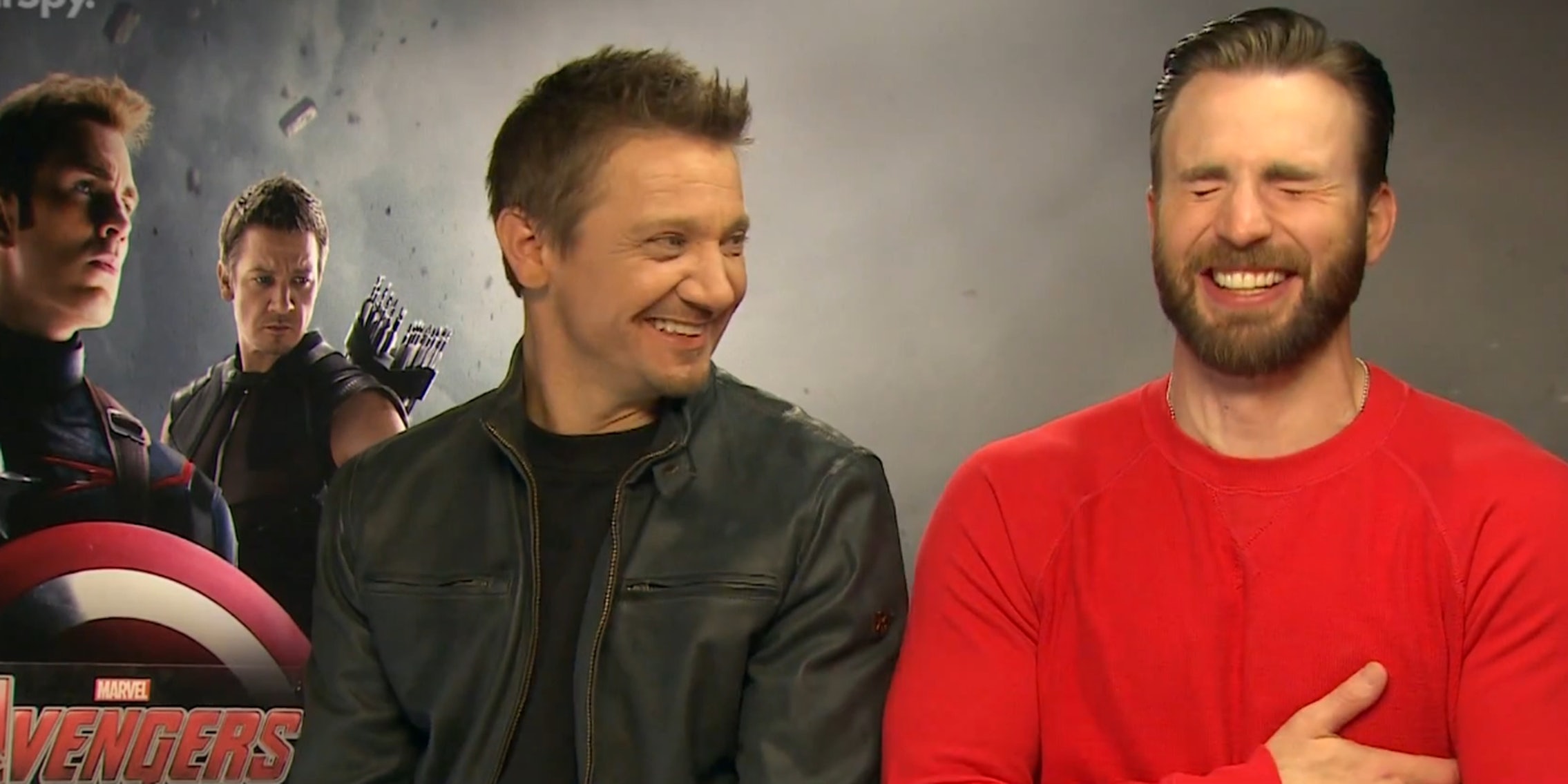 There's really no excuse for this.

It had to happen eventually. The Avengers: Age of Ultron press tour has experienced its first PR fiasco.

Jeremy Renner made a crack about Black Widow in an interview with Digital Spy that has Avengers fans up in arms. When asked what he thought of Black Widow being romantically linked with Bruce Banner in the new movie, Renner answered, “She’s a slut.”

Chris Evans then burst into uproarious, if awkward, laughter, joking that Black Widow was “just flirting with everybody” and “leading everybody on.”

Renner added, “She has a prosthetic leg anyway.”

The “joke” went down like a lead balloon. Many fans felt that Renner and Evans betrayed their trust by exhibiting a sexist attitude toward Black Widow, a character who already has to fight an uphill battle against movie critics and Disney’s merchandising decisions. And while both actors are probably exhausted after another frustratingly long and repetitive publicity tour, few would say that is an excuse for their comments.

So you've got Hawkeye calling Black Widow a slut and a trick, and Captain America calling her a whore. Very classy @ChrisEvans @Renner4Real

Chris Evans and Jeremy Renner let me down, kids look up to them as superheroes bc of the avengers and calling black widow a slut is jus a no

Scarlett Johansson has had to endure numerous demeaning questions at Marvel press events focusing on her body, her costume, and her potential as a love interest for her male co-stars. Black Widow is frequently misinterpreted as sexy eye-candy, providing a supporting role in four separate movies while male heroes like Ant-Man and Doctor Strange get their own franchises.

Over the past few years, Marvel Studios has tackled the Black Widow movie problem by emphasizing the importance of female side-characters in its male-led movies, especially Black Widow’s role in The Avengers and Captain America: The Winter Soldier. Meanwhile, Johansson slapped down sexist questions from interviewers; at other times, Chris Evans or Mark Ruffalo stood up on her behalf,

All it takes to undo at least the semblance of progress in this regard is for something like this Renner/Evans interview. Not only are women still underrepresented in the Avengers franchise, but they’re consistently treated poorly during publicity events and in media coverage—even by actors who are supposedly on Black Widow’s team.

“Yesterday we were asked about the rumors that Black Widow wanted to be in a relationship with both Hawkeye and Captain America,” Evans said in a statement provided to EW. “We answered in a very juvenile and offensive way that rightfully angered some fans. I regret it and sincerely apologize.”

“I am sorry that this tasteless joke about a fictional character offended anyone,” Renner also said in a statement provided to EW. “It was not meant to be serious in any way. Just poking fun during an exhausting and tedious press tour.”