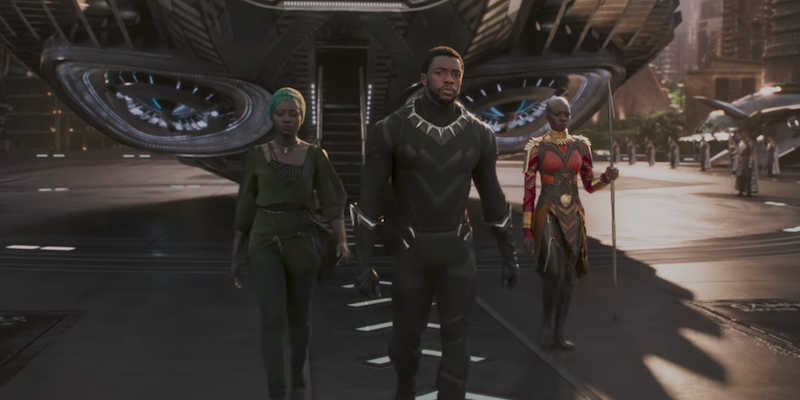 ‘Black Panther’ is already outselling every other Marvel movie

Long live the king of the box office!

If you haven’t already purchased tickets to go see Black Panther on opening night, you may be out of luck!

Tickets for the upcoming Marvel movie went on sale Monday and sold out in many venues within minutes. Even Black Panther star Lupita Nyong’o, who will play the Wakandan operative Nakia, couldn’t score an opening-night seat to see the historic superhero movie. In a video uploaded to Twitter, Nyong’o explained that she tried to purchase tickets only 15 minutes after the pre-sale announcement was made, to no avail.

@THR says @theblackpanther is @MarvelStudios best-selling movie in terms of presales after JUST 24 HOURS! Don’t I know it: I even tried!!!! #Throwback to a video I made last night. pic.twitter.com/aoJcdaqfhi

“Fifteen minutes later I was trying to purchase tickets and they were sold out!” Nyong’o said.

That’s a great problem for a movie to have. Fandango recently announced that ticket sales for Black Panther have shattered records. Erik Davis, the site’s managing editor, announced via Twitter that Black Panther beat Captain America: Civil War to post the best first-day advanced sales for any Marvel Cinematic Universe movie ever.

This is likely the first of many historic moments for the Black Panther movie. Set in the fictional world of Wakanda, The Black Panther movie is the first MCU film ever created with a majority black cast, premiering smack dab in the middle of Black History Month. Excitement surrounding the film’s release has inspired everything from viewing parties to clothing and jewelry lines. For many, Black Panther isn’t just a movie but a symbol of change and hope in an era strife with racial tension. It is sure to inspire and entertain.

And by the way, if you are lucky enough to have purchased pre-sale tickets to see Black Panther on its Feb. 15 release date, maybe you should invite Lupita along! We’re sure she’d appreciate the gesture.