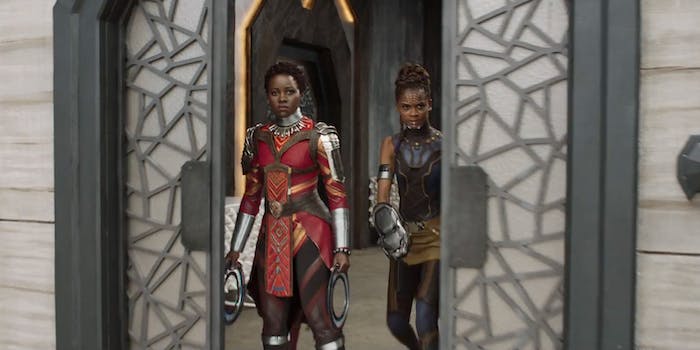 People in Kisumu will see the film before the rest of the world.

Black Panther shattered records as soon as tickets went on sale in early January. But while the world waits for opening weekend, there’s a city in Kenya that will get its fix before everyone else.

The film hits theaters worldwide on Feb. 16, but it’s getting a special early screening in Kisumu, Kenya, where one of the film’s stars, Oscar winner Lupita Nyong’o, grew up and where her father currently serves as governor.

County spokesperson Aloice Ager told BuzzFeed News that Kisumu would host one private and one public screening of the film on Feb. 13, ahead of the global release day.

The news has residents of Kisumu elated, and fans of the film took to Twitter to show their appreciation for the advanced screening.

What a great moment for filmmakers in Kenya.
Black panther set to be launched in Kisumu February 13th,Lupita to grace the occasion.

The city was reportedly chosen as part of Gov. Peter Anyang’ Nyong’o efforts to make Kisumu a city known for its arts and entertainment. It doesn’t hurt that Lupita Nyong’o, the governor’s daughter, is starring in Black Panther as Nakia, a high-ranking member of the Wakanda royal family (though it’s unclear if she’ll attend the advance screening).

“Gov. Nyong’o wants to make Kisumu the hub of performing arts, and what better way to hit the ground running than by screening this premiere?” Ager told BuzzFeed News.

The film, which shot in different areas of Atlanta, reportedly generated nearly $90 million for the Georgia economy. If it can boost the economy in Georgia, Gov. Nyong’o might be onto something.