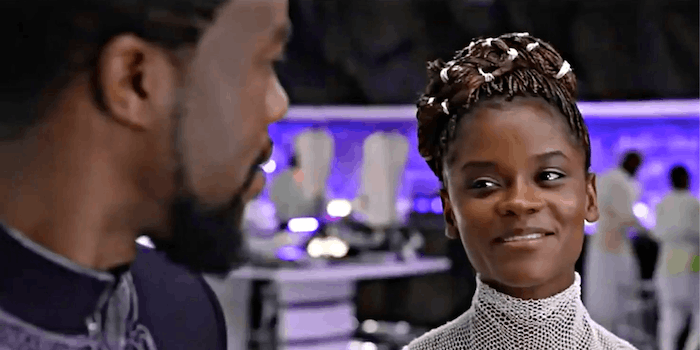 It’s been slightly more than a month since Marvel’s hotly anticipated Black Panther hit theaters, and it’s already left a big mark on the history of comic book-inspired cinema. And it’s also been raking in some serious cash, to boot―it’s been leading the weekend box office totals in America for a whopping five weeks, the first movie to accomplish that feat since Avatar in 2009.

Black Panther came out on Feb. 16, and from the very first day it opened, it’s proven to be a commercial hit and a pop cultural phenomenon, thanks to its strong representation of Black actors and characters. The movie has already raked in a whopping $600 million in North America alone, only the seventh film in history to do so, according to the Hollywood Reporter. Globally, it’s already topped $1 billion.

Leave it to #BlackPanther to score a rare fifth weekend at the top of the box office https://t.co/3IatebzqCn pic.twitter.com/zlZrMU2gH0

It’s also thwarted any and all attempts by other films to claim the top box office slot thus far, pulling in $27 million this weekend—enough to stave off the freshly released Tomb Raider, which earned $23.5 million in its opening weekend.

At five weeks running, Black Panther is now in 16th place for the longest streak of consecutive box office-leading weekends, according to Box Office Mojo. The only other film this millennium that remains ahead of it is the aforementioned Avatar, which sits in 10th place at seven consecutive weeks. Almost all the movies above Avatar on the list were released in the 1980s, with 1990’s Home Alone and 1997’s Titanic the only exceptions.