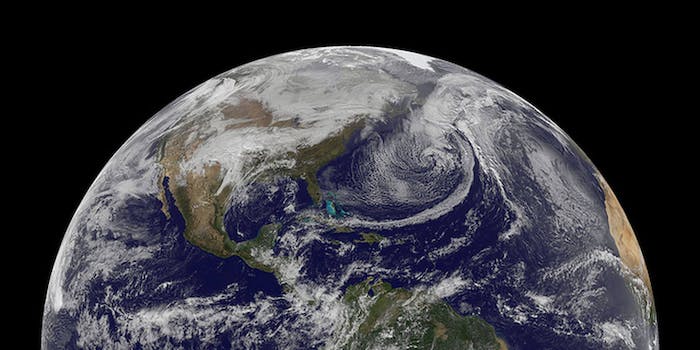 The bitcoin network will soon be broadcasting from satellites in space

“The goal is to design a downlink system from the satellites to the public that is as open and inexpensive as possible."

The bitcoin network will soon be broadcasting from satellites in space thanks to a new partnership between bitcoin core developer Jeff Garzik’s company Dunvegan Space Systems and Deep Space Industries Inc.

The constellation of satellites, machines that will act as orbital nodes in the bitcoin network called “BitSats,” will a part of a non-profit endeavor to provide a backup to the entire system “enhancing the resiliency of bitcoin in the event of disruptions or outages to the terrestrial bitcoin P2P mesh network,” a press release about the project read.

“Private spaceflight is breaking big, driving down costs so that great ideas like BitSats are within reach of even volunteer nonprofits,” Garzik said in a statement. “We want to keep bitcoin healthy and free by finding alternative ways to distribute block chain data.”

The BitSat will be a small, four inch (10 centimeter) box added on as a hitchhiker to larger payloads on their way to space.

“The goal is to design a downlink system from the satellites to the public that is as open and inexpensive as possible,” Daniel Faber, the chief operating officer for Deep Space, explained. “While most people will buy their downlink setups from a vendor, ideally a smart hobbyist should be able to download a design and build their own receiver from much less than $10,000.”

Detailed plans for the architecture, operations concept, and spacecraft design of the BitStat contellation is being developed by Deep Space Industries and will be published in August on the project’s Google Group. The project is currently collecting donations.

Since launch early this morning, the bitcoin wallet has collected a little over $100 from donations. Garzik has previously estimated the project’s cost to be about $2 million.