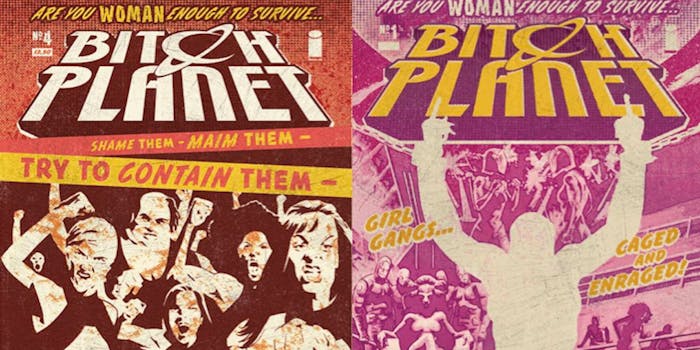 'We believe you should wear what you want, not what you’re told.'

The idea from Image Comics’ Bitch Planet of being non-compliant has been widely embraced by fans. The powerful message of not conforming to society’s expectations and being unapologetic about who you are has inspired DIY, tattoos, and nail wraps.

DeConnick and Bombsheller have teamed up to create Bitch Planet-inspired leggings that are available in sizes up to 6XL. The leggings cost $79, come in black and white or floral colors, and are part of a beta test for Bombsheller’s plus sizes. Bombsheller has been working to increase its range of sizes for some time—which DeConnick has called attention to on her Tumblr—and started selling leggings in 2XL for select designs in May. 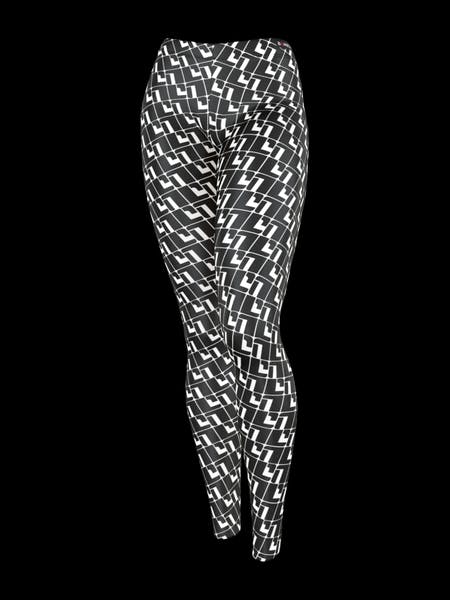 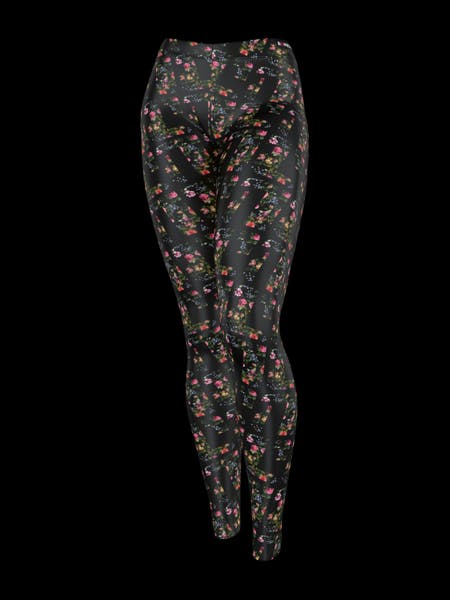 “When Kelly Sue DeConnick asked to work with us on a design that would be available through 6XL, we were thrilled to get the chance to put our prototypes to the test,” Bombsheller’s website states. “Compared to the rest of the fashion industry, Bombsheller is non-compliant. We believe you should wear what you want, not what you’re told. Get your girl gang together and celebrate spandex for all bodies.”

At first, anyone who ordered the leggings was only going to be able to get their pair by picking them up at Rose City Comic Con, but they became available for mail order on Friday. Leggings will still be available for pick up at the convention for anyone interested and DeConnick will be selling a few pairs there as well.

Appreciation and excitement for the leggings and the sizes was clear on Twitter.

I'm going to wear my #bitchplanet leggings 24 hours a day.

@kellysue as a plus size woman, I just wanted to thank you from the bottom of my heart to include us in your design. pic.twitter.com/vsN6wlDTjq

While it’s great to see Bombsheller making a concerted effort to increase their size range all around, it is especially exciting that this beta test is happening with a pair of comic book-inspired leggings. In the area of geek fashion, specifically finding plus sizes remains difficult and progress, while present, is being made at a frustratingly slow pace. If Bombsheller’s test is successful and the increased size range is applied to lines like Dark Horse Comics, PopCap, and “Talk Nerdy To Me,” it would open up a great range of new leggings options for geek girls.

Since these Bitch Planet leggings were just released, it may be some time before we find out about the extended size range expanding to the rest of their products. Until then, though, we hope other companies take note of Bombsheller’s efforts, start questioning their own sizes, and decide to join the non-compliant cause.