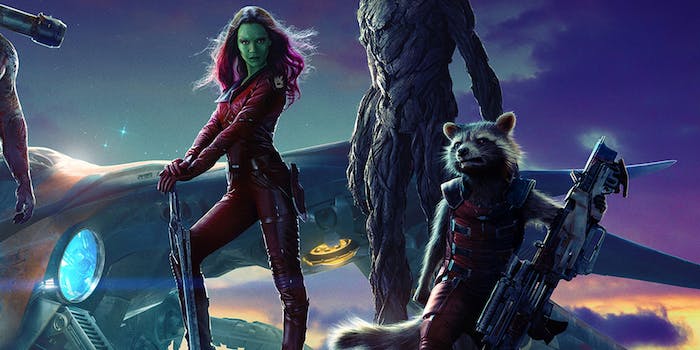 Marvel's gesture is part of a campaign by fans to support Bill Mantlo.

Following the success of Guardians of the Galaxy this weekend, you’d probably assume that the creator of Rocket Raccoon would be rolling in money. Sadly, that isn’t the case. Like many comics writers, Bill Mantlo created his most famous characters while working under contract for a major publisher (in this case, Marvel), so the copyright belongs to them.

This became big news in Marvel fandom a few months ago, when comics creators like Greg Pak and Matt Fraction lent their support to a crowdfunding campaign for Bill Mantlo’s medical care. After being caught in a hit-and-run accident in 1992, Mantlo was seriously injured and has since required round-the-clock support. The resulting treatment quickly ate through his life insurance policy, and his family were hoping that the high-profile nature of Guardians of the Galaxy might help them to raise some more money for his medical bills.

This situation has often been characterized as Marvel screwing Bill Mantlo out of much-needed financial support, but his brother and carer Michael Mantlo has previously assured Bleeding Cool that this isn’t the case, saying, “Unbeknownst to ALL, Marvel has made incredibly generous gestures… to assist in Bill’s ongoing care & rehabilitation.”

The latest (admittedly not financial) gesture from Marvel was arranging a private screening of Guardians of the Galaxy for Bill Mantlo in his care facility. “This was the GREATEST DAY OF THE LAST 22 YEARS for me, our family, and most importantly, BILL MANTLO!” wrote his brother on Facebook. Thanks to this movie, Mantlo’s most famous creation is now even more beloved the world over.

Fundraisers for Bill Mantlo’s care are still ongoing, with the new movie hopefully giving them a bump thanks to the influx of new Rocket Raccoon fans. Greg Pak has continued to organize donations via his site, alongside a month-long benefit auction of comicbook art run by Multiversity Comics.