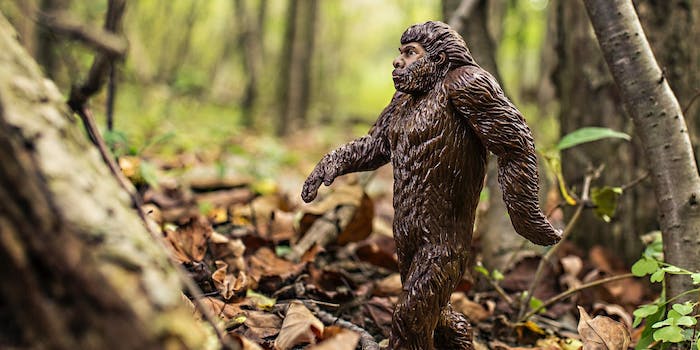 It’s morning in America, and it’s time to discuss the two most beautiful words in local politics: “Bigfoot erotica.”

Our story begins in Virginia’s 5th congressional district, a predominantly rural, conservative-leaning district. It’s home to 735,000 people, the University of Virginia, and a Republican candidate who apparently likes to share sexy Bigfoot pics on Instagram.

Until Sunday night, GOP candidate Denver Riggleman was just another obscure local politician running for office. Then his Democratic opponent posted this screencap of Riggleman’s Instagram account, making him go viral in a uniquely embarrassing way. (His account is currently private.)

Amazingly, this doesn’t seem to be a hoax. Riggleman had already attracted some attention for a now-deleted Facebook page promoting a book called The Mating Habits of Bigfoot and Why Women Want Him, and Cockburn’s tweets just brought it to a wider audience. Sadly, the book in question—if it wound up being published at all—is not available through online retailers like Amazon.

Whether or not this qualifies as “erotica” is up for debate, but there’s no denying these pictures include Bigfoot’s schlong. And on the whole, that isn’t the kind of content you expect to see on a potential congressman’s Instagram.

please understand thinking bigfoot is handsome is NORMAL but being a devil is not. this is slippery slope please judge based on character not on hardness around bigfoot WE ALL GET HARD AROUND BIGFOOT https://t.co/vcQBVvA3VB

dear @LeslieCockburn please stick to discussing an opponents scoundrel character. there is PLENTY wrong with DENBER WIGGLEMAN, but there is nothing wrong with getting hard for bigfoot or having other preferred pound that may seem unique. please prove love and reconsider this way pic.twitter.com/i8i0hCByZx