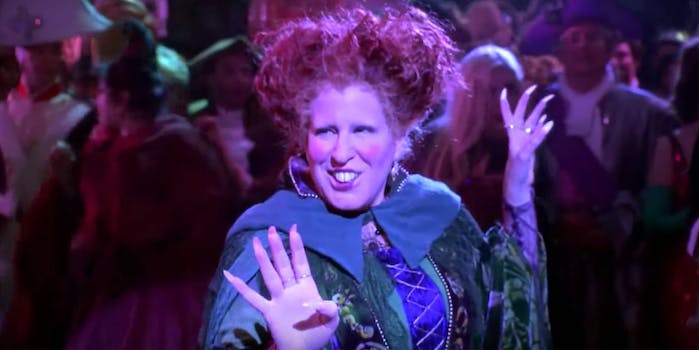 Bette Midler dresses up as Winifred Sanderson for Halloween benefit

Hang on to your heads!

She’s back! Bette Midler hosted the New York Restoration Project‘s annual Hulaween benefit Gala on Friday night. The event draws stars from the silver screen and theater as well as many other philanthropists at the end of October every year.

Midler, who’s previously dressed up as a New Orleans beauty queen and a water lily, stole the show with this year’s getup. For one night only, she reprised her role as Hocus Pocus queen witch Winifred Sanderson.

This might be the last you see of Sanderson, unfortunately. The actress put the rumors of a Hocus Pocus sequel last year and doesn’t seem to be changing her mind on that. Still, it’s good to see Winifred Sanderson make mischief one more time—and for a good cause, at that.