VR is still struggling to find its place, but 2017 brought some of the medium's most memorable experiences yet.

Virtual reality is still struggling to connect with an audience at large. While 2017 saw most of the consumer-ready headsets drop in price and soar inaccessibility, mainstream adoption of VR technology has yet to take off like developers hoped it would.

Still, this year continued to push the limits of the available tech and the capabilities of VR games. We saw several full AAA experiences make their way to VR this year, broadening the horizon of the genre and what’s possible with these gaming peripherals.

Set immediately after the demonic outbreak on a military research center, Doom VFR gives you a wealth of weapons to experiment with as you clear out the halls. All the iconic enemy types show up here and look just as gruesome as you remember. The controls aren’t perfect, and the game feels more natural using a controller rather than any motion-heavy scheme. Last year’s entry in the Doom franchise was already a full-out assault on the player’s eyes and ears. It only feels more immersive in VR.

Full-body presentation grants a sense of personhood to the avatars aboard the U.S.S. Aegis unparalleled in a commercial VR experience. Hand-tracking and lip motion animations bring everyone on the ship to life, and each member needs to work together to survive the challenges that await in deep space. With a rousing score and clever callbacks to the established series, this game functions as a fundamentally multiplayer experience, but one that highlights the potential of virtual reality technology.

Likewise, the sense of loneliness and suspicion is only heightened in VR. The focus is on narrative, rather than action, feeling like Gone Home and Firewatch rather than a traditional action experience. With strong writing, impressive visuals, and a novel approach to controls, Lone Echo makes the case for itself in many ways. 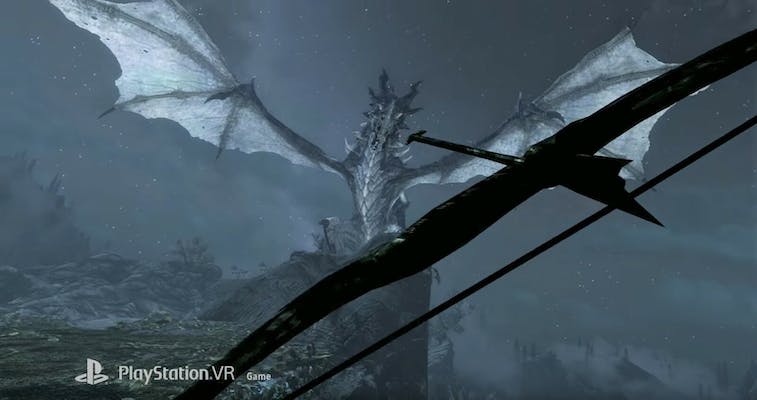 One popular meme born in 2017 was the notion that every single machine that can play video games will have Skyrim released on it. The ubiquity of Bethesda’s legendary RPG is undeniable, but it’s also a genuine delight to be able to explore Whiterun, Winterhold, and every snowy peak of this province from a new perspective. This adaptation shows what VR can do best, which is to show us worlds we know so well in a brand new way.

The immense sense of scale on display when walking beside a mammoth, or as a dragon flies overhead cannot be understated. In virtual reality, Skyrim becomes more of a tourist attraction than ever. Combat can be frustrating to control, but if you lower the difficulty and turn the music up, getting lost in Skyrim has never felt more realistic. 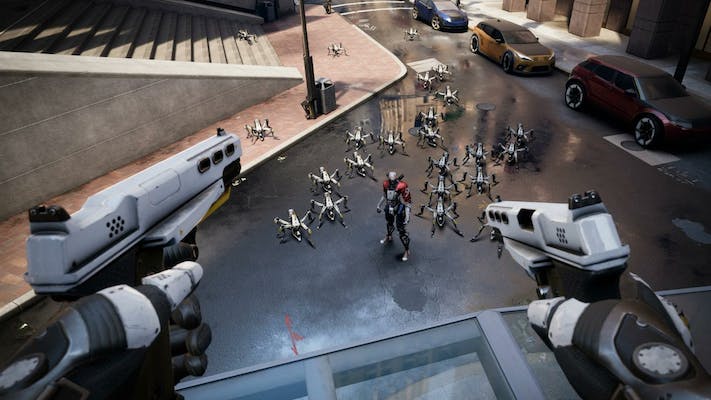 Robo Recall has some exciting things going for it as a free-to-play game for Oculus Touch and a project of former Gears of War developer Epic Games. While the game has a very simple “kill all robots” setup, it quickly turns into a brisk shooting gallery that brings you through tight hallways and wide-open spaces with some of the most satisfying gunplay that VR has to offer.

While it lasts, there is a good variety among the types of enemies you need to gun down, as well as where and how you do it. You can swap between guns on the fly, quickly zipping around the map as hordes of disposable bots creep toward you. This might be the most technically impressive game yet for the Oculus Rift, with each robot carrying some slight distinctions in design that make you do a double take before you blast them away. 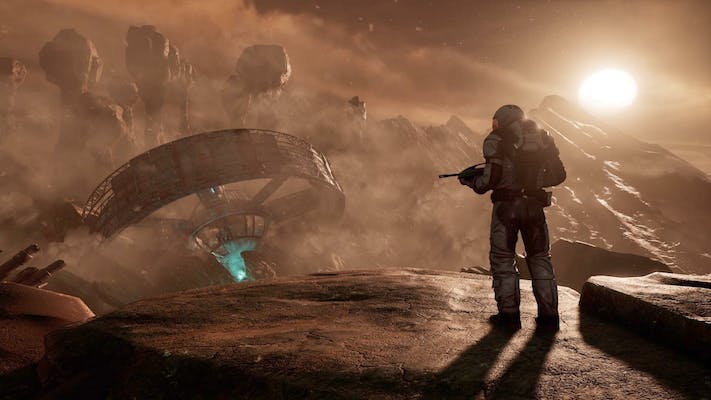 Virtual reality longs for a game like Halo, Half-Life, or Call of Duty to break the mold of traditional shooters. While there is no shortage of shooting galleries to choose from, it remains hard to find a compelling, story-driven shooter that truly shines in VR. Sony’s Farpoint is the closest we have been yet to a groundbreaking, single-player FPS that makes smart use of a virtual reality headset.

You can play with the new Aim Controller, a gun-like peripheral, or just with a standard DualShock 4. Either way, the mechanics are up to par for an FPS game of this caliber, though you’ll mostly be exploring different areas. Gorgeous vistas open up as you emerge from underground caves, and there are even some giant monsters to cut down. All-in-all, it’s a short but tantalizing taste of where the genre might be headed in the future.

Far and away, Capcom’s latest entry into this horror franchise provides the most memorable virtual reality experience of the year. A full, AAA game available entirely in VR is impressive enough, but Resident Evil 7 goes all out with thrilling set pieces and pop-out scares that almost make it hard to play with a headset on for too long. Exploring the Baker mansion on its own was creepy enough, but is much worse when you can’t even look away from the screen.

The creaking, oozing hallways you explore come to life in VR, with bugs crawling around the corners of your view and ghosts lurking just outside of frame. Resident Evil 7 is truly repulsive, with a gross, unsettling art direction that penetrates every frame. It plays like a dream in VR, with controls almost identical to the traditional version. If you have the stomach to experience this game, you owe it to yourself to see just how all-encompassing a virtual reality title can get.