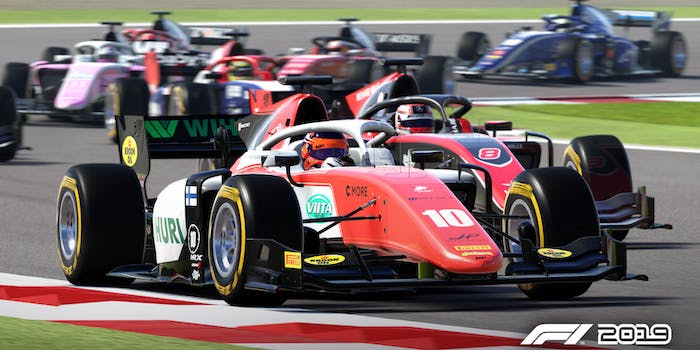 With racing titles galore, which is the right one for you?

Racing games have come quite a long way since the first arcade racing video game appeared in the ’70s. As time passed, cars got flashier. Controls got more nuanced. Over the next few decades, black and white dots on a fuzzy screen transformed into hyper-realistic racing sims.

That brings us to 2019, where there are racing titles galore. Choosing the right game, especially for PC, can be overwhelming. So, in no particular order, here are the best racing games for PC and other consoles in 2019.

Project CARS 2 is one of the most balanced racing games out right now. Offering up a perfect mix of flash and grit, this game’s diverse, stunning landscapes range from the highlands of Scotland to the snowy drifts of Sweden—all the while featuring a prime selection of cars and stellar on-track physics. This is a great racing sim for those just now breaking into the genre, and its in-game  variety should satisfy veteran racers as well.

If you’re looking for a laid-back racing sim experience, DiRT Rally 2.0 is not the game for you. Not for the faint of heart, this game’s physics are almost shockingly real, making every track equal parts vivid and challenging. Centering around off-road racing, Rally 2.0 boasts ruthlessly complex rally physics, a sleek interface, and enough attention to technical detail to make even the most mud-splattered motorsport fan crow in delight.

Forza Horizon 4 uniquely blends the comfort of arcade racing games with the realism of a solid sim—so much so that, while easy on the controls, it gives each car a genuinely different feel. While it doesn’t offer as many locations as titles like Project CARS 2, it has some immersive weather features that make up for that, along with an excellent career mode. In this mode, you’ll be able to hire your engineer team, upgrade them as you see fit, and decide which buffs to bestow on your co-driver.

Assetto Corsa Competizione‘s most compelling feature by far is its endurance-based championship setup. With multiple iconic circuits (including Circuit de Catalunya), several vehicle categories, and absolutely unbeatable handling detail, Competizione is pure, unadulterated fun. That being said, this title isn’t for the laid-back gamer. Races last for three hours, and the game’s smooth transitions from day to night will keep you mesmerized—and racing—for days.

The F1 devs have a tough job: Somehow, they have to deliver a fresh, new F1 title every single year. However, this year they pulled it off spectacularly, as F1 2019 is by far the best installment in the franchise to date. Arguably more entertaining than the Formula One Grand Prix of real life, the game includes both F1 and F2 world championships. This, combined with its almost eerily advanced AI opponents and a delightfully authentic simulation experiences, makes F1 2019 a must-play.