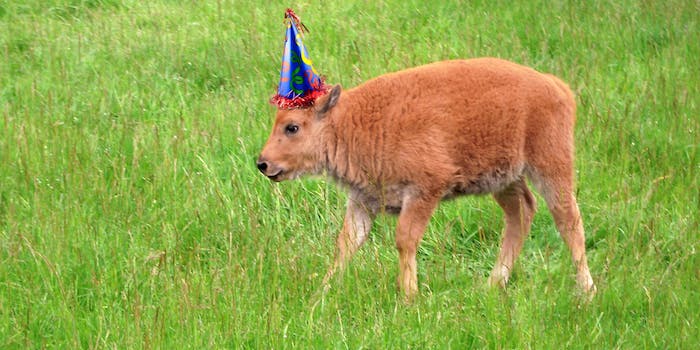 The National Park Service turns 100 years old today, and even after all these years, America’s parks are still stunningly beautiful.

From now until Aug. 28, you can get into all 412 national parks for free. That’s a lot of nature! You can find your nearest park using their website Find Your Park. Once you go, be sure to use the Chimani app to help plan your trip.

But, if for some reason you can’t physically get out and visit this weekend, you can at least enjoy these Instagram accounts from some of the best national parks in the country. Here are our favorites, ranked in no particular order, chosen for the quality and the beauty of their pictures.

Join us for a Sunrise Photography Celebration on August 25, 2016, 6:00 am at the Dante Fascell Visitor Center. Celebrate our 100th birthday and the start of our second century by taking advantage of early morning opening hours! Our goal is to post 100 sunrise photos to social media outlets with the hashtag #BNP100Sunrise. Photo: yelitza sepulveda #biscaynenationalpark #miami #findyourpark #encuentratuparque #photography #sunrise #centennial #newbegginings #fotografia #nationalpark

If the cold Alaskan mountains and lakes aren’t your thing, perhaps you’ll go for Florida’s Biscayne National Park. Located near Miami, Biscayne boasts a landscape of turquoise waters and lush, green islands. Follow their Instagram for stunning sunsets and maybe a fish or two.

#DidYouKnow that 100 years ago, Halema‘uma‘u Crater at the summit of Kīlauea Volcano was putting on quite a show for visitors and scientists, similar to what it’s doing today via a spattering, circulating and sometimes fountaining lava lake? Dr. Thomas A. Jaggar, the founder of what is today the USGS Hawaiian Volcano Observatory, took this photograph on July 25, 1916. According to the Weekly Bulletin of the Hawaiian Volcano Observatory, Vol. IV, No. 8 dated August 1916, 100 years ago today on July 30, “the lake was visited at six-thirty p.m.….and in the Old Faithful section the lake was still pouring down into a cavern as on the previous day, but was now flowing between large lumps of spatter which had been built out from the during the early hours of the day. Moreover, there was an intensely interesting spectacle in progress at this point, for the cavern, or pot, every half-minute or so would become filled up from within, and then, as the under-pressure increased, there would be a great explosion; the lava would be forced under tremendous pressure, through every hole and crevice and would spurt in great jets some thirty feet up the bank. The spatter lumps already referred to, were thus subjected to a heavy bombardment, and eventually one of them collapsed, falling into the lake, and causing rapid longshore streaming towards the pot.” Sound familiar? If you’re up at Jaggar Museum observation deck with your camera and/or phone tonight, take a photo! Tag us with the hashtag #HVNP100. Who knows what the lava lake will do? We are two days and counting from the 100th anniversary of Hawai‘i (Volcanoes) National Park on August 1, 2016! This Monday is a fee-free day, and you’re invited to celebrate this special occasion. Image and information provided by the USGS Hawaiian Volcano Observatory. #HVNP100 #FindYourPark #NPWest #NPS Centennial #Jaggar #USGS #HawaiianVolcanoObservatory #HawaiiNationalPark

Hawaii. Volcanoes. Do you need more than that? OK. How about birds, whales, flowers, and Hawaii history and culture? This Instagram has it all! Follow to learn exciting things about active volcanoes and the habitats that form around them.

Still morning in Two Medicine by @scott_kranz. Who is ready for the Centennial InstaMeet this Thursday?!? Deets in our bio! #GlacierNPS

Good grief is this place stunning. The only verified National Park Service Instagram account we found, Glacier totally knows what it’s doing on social media. The Montana park has moose, mountains, and a little bit of magic, apparently. We couldn’t stop scrolling through this park’s incredible Instagram.

Believe it or not, Ohio isn’t just one giant corn field. It actually has a national park with a pretty solid Insta-game. The park is also home to a scenic railroad, which is featured prominently on their Instagram.