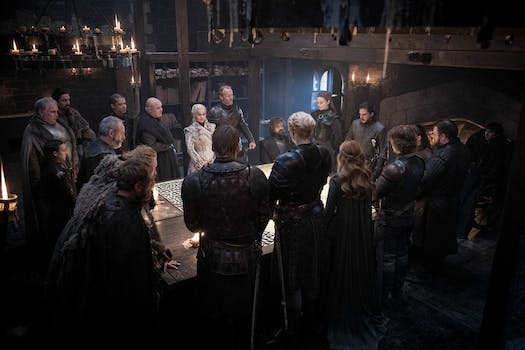 The best ‘Game of Thrones’ quotes from all your favorite characters

For the night is dark and full of terrors.

Game of Thrones has too many memorable quotes to count.

Fans of the award-winning series have been wearing “I drink and I know things” shirts, shouting “Dracarys” at their microwaves and muttering “Valar Morghulis” to friends for years now. With so many popular phrases, however, it can be hard to keep lines from HBO’s epic series straight. With that in mind, we thought we’d take a look at the most popular and best Game of Thrones quotes from each major character.

The best Game of Thrones quotes

There are literally hundreds of characters in Game of Thrones. Many of them lost their lives at some point in the seven-plus brutal seasons we’ve seen so far. In the last few episodes alone, we’ve seen a number of beloved characters fall. We can’t include all of them here, but we’ve chosen a few favorites with the most impactful and long-lasting quotes.

Anytime the Dragon Queen utters this powerful Valyrian word, fans everywhere squeal in delight. She has used this word to summon fire from her dragons since the second season, when they were barely old enough to cough up smoke.

“I am Daenerys Stormborn of the blood of old Valyria and I will take what is mine, with fire and blood I will take it.”

Dany is no stranger to powerful and impacting speeches. Through Game of Thrones‘ 8 seasons, her defiant speeches have put many an arrogant man in his place. One of the most important came in the season 2 episode “The Old Gods and the New,” when Daenerys spoke these passionate words.

I know, I know, this is barely a quote. When you think of Ser Jorah, however, this rasped word is likely the first thing that pops into your head. It earns a spot, not because of the frequency with which Jorah says it, but for the wide range of tone and hidden meaning he communicates in each separate utterance.

“There is a beast in every man, and it stirs when you put a sword in his hand.”

Jorah may have come across as brutish from time to time, but he often said elegant phrases like this. Spoken to Dany in the season 3 episode “Walk of Punishment,” Jorah seeks to help Dany understand the horrors of warfare. By season 8, she has learned that lesson all too well.

“I drink and I know things.”

Even if you’ve never seen an episode of Game of Thrones in your life, this phrase is easily recognizable. Never has a phrase so aptly summed up a character. This line, spoken by Tyrion in the season 6 episode “Home,” came during a conversation about the health of Dany’s dragons. It quickly became an unofficial motto of the series.

“I have a tender spot in my heart for cripples, bastards, and broken things.”

Some of the lines in Game of Thrones are more akin to poetry than anything else. Such is the case with this elegant line, spoken by Tyrion to Robb Stark in the aptly titled season 1 episode “Cripples, Bastards and Broken Things.” It may not be Tyrion’s best-known line, but it reveals a deep and unshakeable part of who he is. “When you play the game of thrones, you win or you die. There is no middle ground.”

If ever there were a classic Game of Thrones quote, it’s this one. Uttered by Cersei in the season 1 episode “You Win Or You Die,” this quote delivers the show’s title without being awkward and obvious. The line is delivered in Cersei’s final confrontation with the Eddard Stark after he confronts her with her children’s true parentage.

This is a new favorite of Game of Thrones fans. The line was delivered in the first episode of season 8, after Euron Greyjoy inquired after his relationship with Cersei. It quickly became a rallying cry among women of the internet, even though Cersei’s resolve didn’t actually last very long.

“The things I do for love.”

This line ended the very first episode of Game of Thrones. The vicious action that accompanied it set in motion the events that created the characters we’ve come to love over the years. When the line was repeated by Bran in the season 8, episode 2, fans were blown away by the completion of a painful but captivating cycle.

“We don’t choose whom we love.”

The quote might be about Jamie’s romantic feelings for his twin sister, but that doesn’t make this line any less elegant. It is simple, sweet, and oh so true. Jamie got a brief moment of human connection with his daughter Myrcella in the season 5 episode “Mother’s Mercy,” in which he delivered this memorable line.

“My watch has ended.”

It may not be the happiest moment in the series, but this impactful line stayed with viewers for days after Jon spoke it in the season 6 episode “Oathbreaker.” Jon, ever his *adopted* father’s son, was always too honorable to break his vows—even when offered the opportunity by Stannis Baratheon. When he finally turned his back on the Night’s Watch, viewers held their collective breath as he spoke this powerful line.

“The true enemy won’t wait out the storm. He brings the storm.”

If HBO ever decided to make a spin-off based on the Night King, “He brings the storm” would be an excellent title option. This quote, spoken by Jon to a crowd of antsy Northmen in the season 6 finale, “The Winds of Winter,” flawlessly summed up the looming conflict in Game of Thrones.

“I am Sansa Stark of Winterfell. This is my home, and you can’t frighten me.”

Sansa has undergone perhaps the most dramatic transformation in Game of Thrones. She went from the timid, lovestruck girl that met Joffrey in season 1 to the calculating, clever woman dominating season 8. This line, spoken to Ramsay Bolton’s twisted lover Miranda in the season 5 episode “Unbowed, Unbent, Unbroken” displayed Sansa’s incredible metamorphosis.

“Thank you for all your many lessons, Lord Baelish. I will never forget them.”

Finally, finally, we got to watch Littlefinger’s manipulative, conniving self die. It was a glorious moment for Game of Thrones fans everywhere, made all the more impactful by Sansa’s resounding quote. Littlefinger’s trial was a glorious addition to season 7’s finale, “The Dragon and the Wolf.”

“I became the three-eyed raven.”

This quote isn’t the most exciting one on the list, but it is probably Bran’s most recognizable line. In the past few seasons, it seems like he announced his new title to every person he comes across. Perhaps the most memorable moment came in the season 7 episode “The Dragon and the Wolf.”

“The things we do for love.”

Bran may not have been the first to speak this line, but ho-boy did he blow us away when he did. Initially spoken by Jamie Lannister as he shoved Bran from a tower—permanently paralyzing him—Bran brought this quote back around in the season 8 episode “A Knight of the Seven Kingdoms.”

Theon Greyjoy is definitely in the running for the Game of Thrones character who underwent the most dramatic change. His journey from arrogant young man to traitor, prisoner, and broken man—and finally lead to him being born again. Before he found his way out the other side, however, he was Reek. A broken Theon spoke this line to Ramsay Bolton in the season 3 finale, “Mhysa.”

Theon’s metamorphosis completed itself when he spoke this passionate line in the season 7 finale. Theon, forever changed by Ramsay’s torment, abandoned his sister in “Stormborn,” the second episode of season 7. After finding out that she was still alive, Theon rallied the Ironborn to fight their way to their leader.

There are almost too many popular Arya quotes to choose from.  In many ways, the young assassin claimed “Valar Morghulis” as her own, and even “stick ’em with the pointy end” has become a fan favorite, after later seasons saw several callbacks. One of the favorites, however, is this iconic line. The young Stark spoke this line with such frequency between seasons 5 and 6 that it would be redundant to point out individual occurrences.

This simple phrase has found its way on to plenty of tattoos, paintings, and merchandise since Arya first spoke it in season 1. Season 8’s thrilling callback had fans literally screaming in delight, so there was no way we to make this list without including it. What do we say to the god of death?

“Fuck the Kingsguard, fuck the city. Fuck the king.”

The Hound finally cut ties with the Lannisters and King Joffrey in the season 3 episode “Blackwater.” He delivered his last words to Joffrey with a wineskin in hand, before abandoning his post, and Kings Landing. From there, viewers saw the Hound change immensely as a character. It all started with this satisfying line.

It may be just one word, but the Hound’s actor Rory McCann uses it with such versatility, it could be used in place of a dozen lines. From “lots of cunts” to “bald cunt” with many others in between, the Hound used this word to create a language all his own. 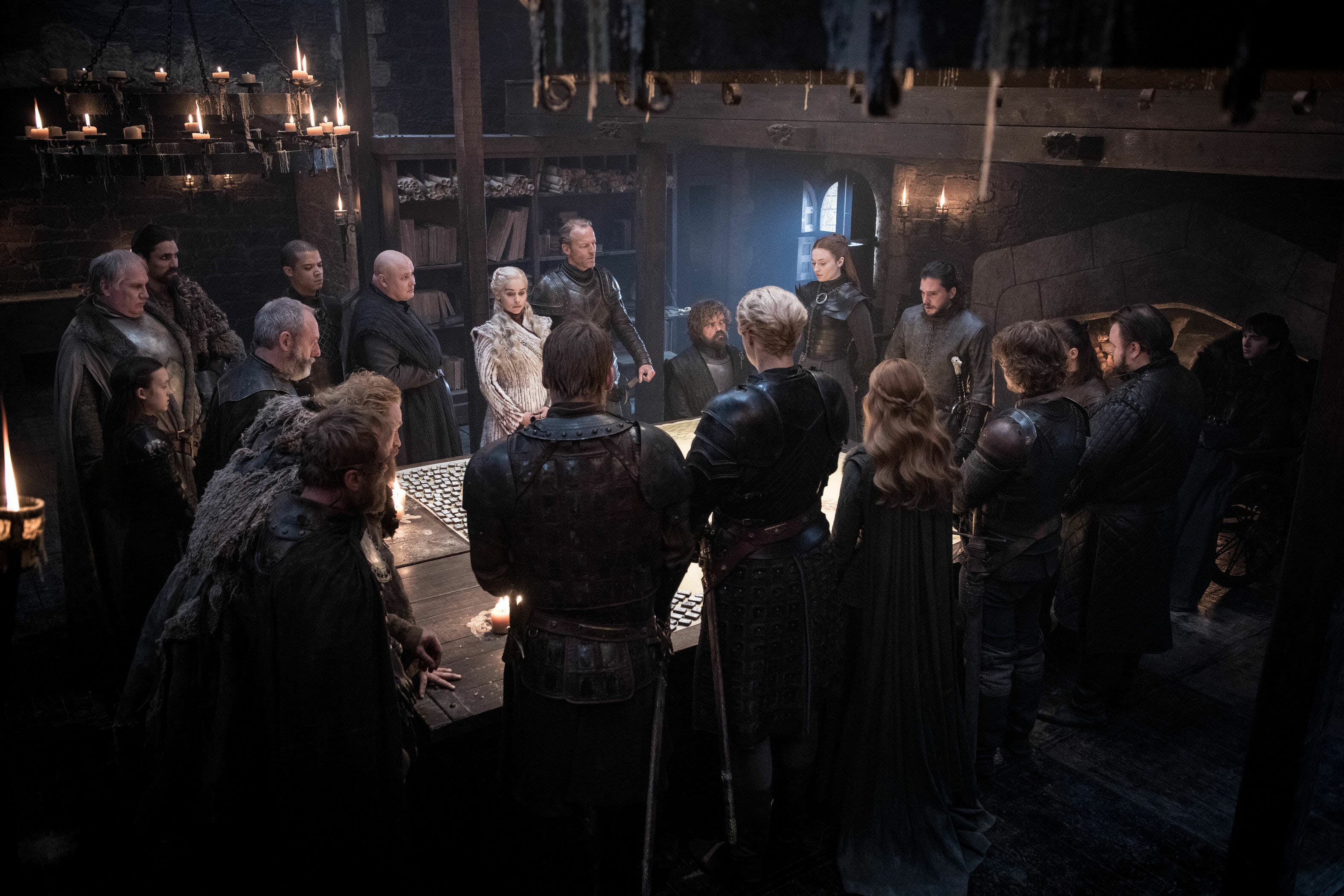 Season 8 Episode 1: “What is dead may never die. But kill the bastards anyway.”

Spoken to her brother, Theon Greyjoy.

Season 8 Episode 1: “They cheated at dice. Or maybe I cheated? Someone cheated. They weren’t good fighters. You won’t miss them.”

Spoken to Cersei Lannister about the Golden Company.

Season 2 Episode 2: “How can someone so small be such a huge pain in my ass?”

Season 8 Episode 2: “They call me “Giantsbane.” Want to know why? I killed a giant when I was 10. Then I climbed right into bed with his wife. When she woke up, you know what she did? Suckled me at her teat for three months. Thought I was her baby. That’s how I got so strong. Giant’s milk.”

Spoken to a room full of people who definitely didn’t ask.

Season 7 episode 1: “I don’t plan on knitting by the fire while men fight for me. I might be small, Lord Glover, and I might be a girl, but I am every bit as much a Northerner as you. And I don’t need your permission to defend the North.”

Season 7 Episode 5: “I’m tired of reading about the achievements of better men.”

Season 3, Episode 6: “Chaos isn’t a pit. Chaos is a ladder. Many who try to climb it fail and never get to try again. The fall breaks them. And some are given a chance to climb, but they refuse. They cling to the realm or the gods or love. Illusions. Only the ladder is real. The climb is all there is.”

Spoken to Varys. The quote took on added significance when Bran repeated back part of it, “Chaos is a ladder,” during their meeting in season 7, episode 4, “The spoils of war.”

“For the night is dark and full of terrors.”

Spoken all the time, to anyone who will listen.