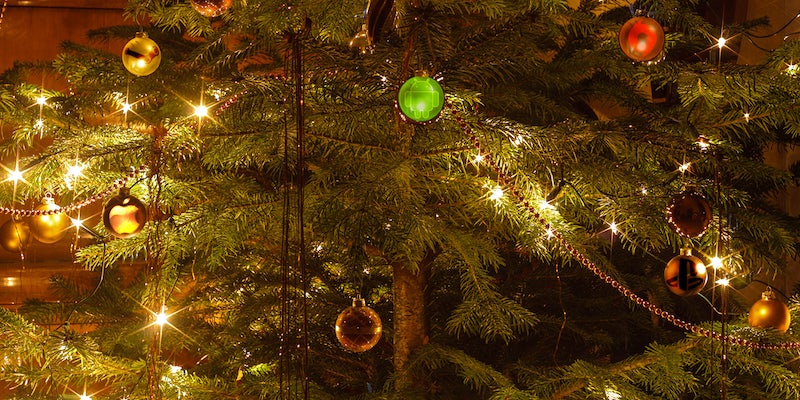 It's not last-minute shopping, it's waiting for sales

You can shop for a gamer on Christmas Eve without feeling like a last-minute procrastinator because you totally meant to wait until Dec. 24, for the good sales, right?

Here’s a roundup of all the best games, at the best prices, that you can buy today for the gamer(s) in your life. Just get them a gift card for the appropriate online service and say “This is meant for you to buy [name of game].”

Electronic Arts’s digital distribution platform, Origin, is offering Dragon Age: Inquisition for $40. At about 200 hours’ worth of gaming, Inquisition is worth every penny of the original $60 asking price. Paying $40 instead for Inquisition is a really good deal.

Titanfall is $10 on Origin. This is the best shooter running on any platform, bar none, defined by innovative gameplay mechanics like mechs that really feel like extensions of their pilots, some of the smoothest parkour running that any shooter has pulled off, and an evacuation mechanic in which the losers run for a dropship pickup and grasp a taste of victory from the jaws of defeat.

Titanfall is amazing. So is a $10 asking price. You can also get the Deluxe Edition, which includes four map packs with map designs that are incredibly balanced and fun, for $24, which is also a great price.

Battlefield 3 is a dollar. This is a really old game by triple-A standards, but you could dress it up as a gift by saying “Electronic Arts has had plenty of time to work out all the bugs!”

Everyone knew that the sci-fi, turn-based strategy game X-COM, a game that was lauded by critics, would be perfect for touchscreen devices. You may test the theory by picking up the iOS version of X-COM for $7. That’s a little less than 50 percent off. Really good triple-A games that translate well onto iOS devices are rare. X-COM is one of the gems.

Most of the titles on sale for the Xbox One this week are decent games at decent discounts, and you can view the full list here. Here are the best picks of the litter.

You need to be a subscriber to Xbox Live Gold, Microsoft’s premium online subscription service to get this deal, and it’s a doozy. For $58 you can get five complete seasons of Telltale Games episodic, interactive storytelling games. The Walking Dead, Seasons 1 and 2, and The Wolf Among Us will normally run you $25 each, so you’re already saving about $15 there.

The set also includes season passes for Game of Thrones and Tales from the Borderlands, which cost $25 and $20 each respectively. Getting all of this for $58 is insane.

Diablo III: Ultimate Evil Edition delivers a lot of game, both the original Diablo III and the expansion, Reaper of Souls, for about $40, which is 33 percent off.

Sony offers one sale price for PlayStation users without a PlayStation Plus premium account, and a different sale price for PS+ subscribers. The difference hovers around $5 in most cases. We’re going to give you the PS+ prices because it’s a great premium service, such that the preponderance of PlayStation owners arguably will have PS+. You can find the full list of sales on the PlayStation Blog. Here are the highlights:

Diablo III: Ultimate Evil Edition, which again delivers a lot of game for the money as it includes both the original Diablo III and the expansion, Reaper of Souls, is going for $36, which is more than 33 percent off.

We’re trying to wrap our head around this one. Amazon is giving away 40 games for Android devices. As in, “Here you go, just take these.”

Highlights include Five Nights at Freddy’s, the indie horror game with a goofy theme, Terraria, the side-scrolling action/exploration/building game, Angry Birds Space HD, and Tetris. We strongly encourage you to check out the full list.

We’re going to be liars by not picking out any cream of the crop games, here. We want you to be aware of the Steam Holiday Sale that’s running until Jan. 2. These Holiday Sales usually offer deals that are even better than what Steam usually offers, and Steam already offers great deals, all the time.

Image via Daniel Timm/Flickr (CC BY 2.0) | Remix by Jason Reed