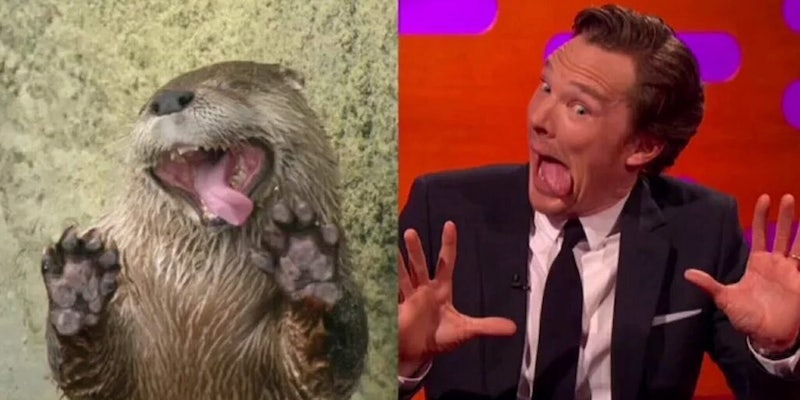 This meme will truly never die.

It’s been nearly four years since Tumblr user redscharlach first introduced the world to the concept of Otters Who Look Like Benedict Cumberbatch, and since then the meme has spawned endless riffs—as well actual otters named Benedict.

Though Norton loses major points for calling the Sherlock fandom-bred meme the product of “weirdos” (boo, hiss), the results of Cumberbatch’s otter imitations are pretty fantastic. Click each image to enlarge for glory:

Naturally, the “weirdos” have already commemorated the occasion with fabulous fanart:

Watch the segment below:

The best part of all? Cumberbatch apparently kept the giant teddy bear, just like any self-respecting otter would.