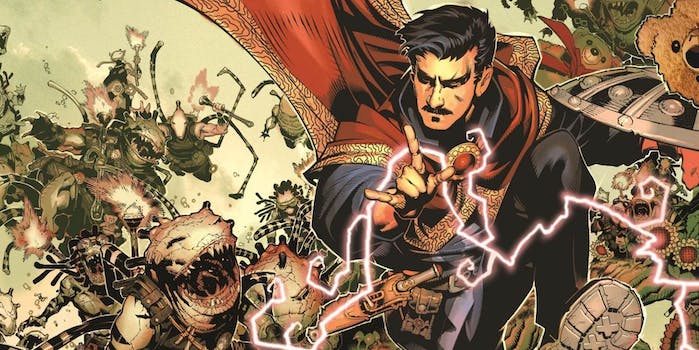 Benedict Cumberbatch's 'Doctor Strange' costume is incredibly loyal to the 1960s comics, cape and all.

The dust has barely settled after the release of Star Wars: The Force Awakens, but Disney is already revving its engines to promote the next Marvel hero, Doctor Strange.

Entertainment Weekly revealed the first official photo of Benedict Cumberbatch as the sorcerer Stephen Strange, wearing his crimson Cloak of Levitation and thrusting one hand forward into a glowing magical sigil.

For a franchise that usually errs on the side of realistic (more or less) superhero costumes, Doctor Strange sports the most ambitiously fantastical look since Thor and Loki—and they were both alien gods. 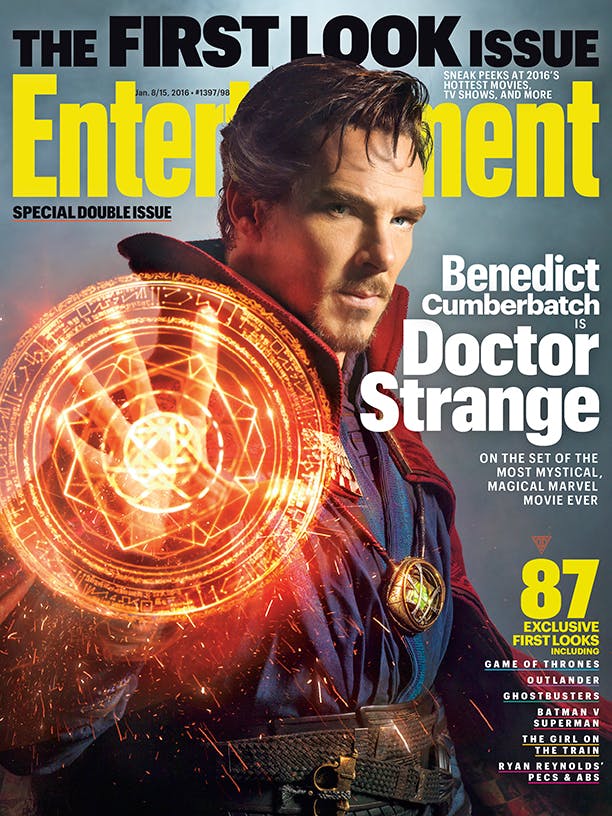 The EW cover story focuses on how the film will depict Strange’s magical powers, combining Cumberbatch’s performance with psychedelic special effects. Marvel fans are still very curious about how much of the comic’s memorably surreal art style will make it into the movie, but Cumberbatch’s costume is a positive sign.

In the context of a bare magazine cover—or, for that matter, in the context of the Marvel Cinematic Universe—Cumberbatch’s Doctor Strange looks pretty weird. He’s sporting a high-collared cape and a gold amulet around his neck, and EW‘s photo gallery indicates that the rest of his outfit is similarly ostentatious. Bearing in mind that Stephen Strange began as an American surgeon in the 1960s (now presumably updated with a similar origin story in the present day), this is a bold fashion choice. 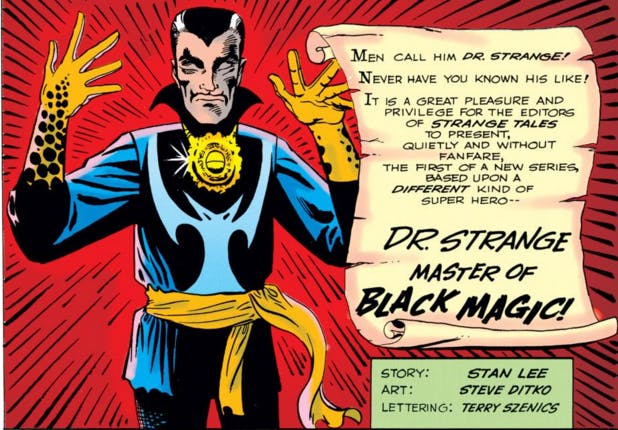 Speaking to EW, Marvel producer Kevin Feige explained, “When this comic appeared in the early ’60s, it really informed, in a way that is pretty amazing, a lot of the psychedelic ’60s as we know it.”

“That’s inherent to the property. And that’s our mission statement for the visual effects on this movie.”

Looking back at Doctor Strange comics from the 1960s, it’s already clear that the film retains far more of the comic’s aesthetic heritage than movies like Iron Man and The Avengers, whose heroes went through drastic makeovers before they reached the silver screen. Cumberbatch’s costume is almost a direct replica of the one on the cover of 1968’s Doctor Strange #169, the point at which the comic officially changed its title from Strange Tales to reflect its main protagonist. 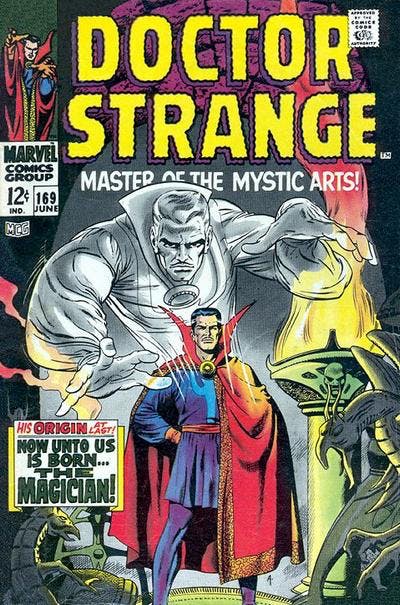 Marvel is undoubtedly hoping that Doctor Strange will do for magic what Guardians of the Galaxy did for spacefaring sci-fi in the MCU. Given that the company is coming straight out of the gate with psychedelic drug references and Benedict Cumberbatch in a luxurious cape, you’ve got to admire its confidence.