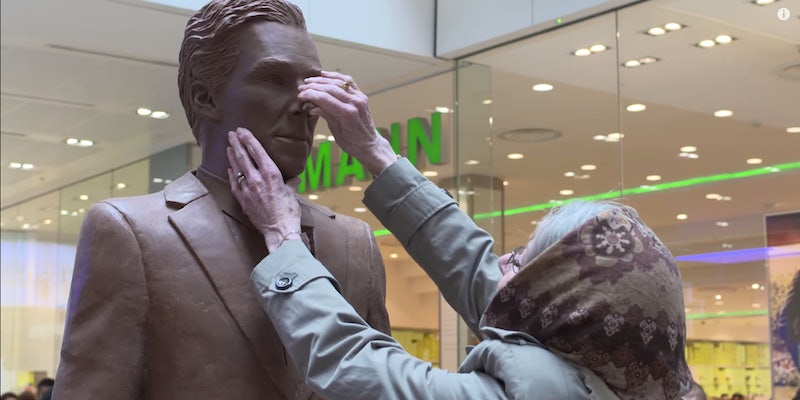 This is one of the least hygienic things we've ever seen.

This video of people eating a chocolate Benedict Cumberbatch statue is disturbing and unhygienic, and it should never have happened.

UKTV created the statue to promote its new Drama channel. Apparently, because people seem to enjoy Benedict Cumberbatch and chocolate separately, UKTV thought a combination of the two would be even more popular.

It was cool to see how the sculptors built the statue, but UKTV failed to predict the visceral horror of putting a life-size chocolate Cumberbatch in a crowded shopping mall.

The resulting saliva-smeared free-for-all is a nightmare of inappropriate sexual overtones (grandmas licking Cumberbatch’s body!) and flat-out horror (children snapping off his fingers and eating them).

UKTV, we are sending you our therapy bills.