Here's hoping Watson can bring depth to the beloved character.

The good news: The trailer for the live-action adaption of Beauty and the Beast is out, and it looks absolutely terrific.

Here’s your first look at the live-action retelling of Beauty and the Beast🌹Coming to theatres 3.17.17. #BeOurGuesthttps://t.co/v4F6xaSxzr

The better news: Emma Watson‘s presence in it will continue to broaden the spectrum of its beloved princesses, and we hope to see the company take many more risks when it comes to the way it portrays women.

Watson, while a good choice to play Belle solely on looks, is a shrewd move for Disney. Her role as a Goodwill Ambassador with U.N. Women, her vocal lead on the HeForShe project, and her feminist stance is making young women look up to her in a way that far transcends her legacy as the audacious Hermione Granger.

Whether Watson’s presence can bring something new to Beauty and the Beast is still debatable, but it’s hard to imagine the actress willingly participating in a project that has long been accused of setting a poor example for young women. Many bloggers believe Belle and Beast’s relationship is a depiction of Stockholm syndrome, where a woman falls in love with her abuser. While those arguments run in many different directions, one thing is sure—Disney has an opportunity to do something fresh and different here, and there’s reason to be optimistic.

Disney’s clearly choosing to react to criticism about its princesses. Frozen‘s popularity continues to churn years after the film’s release, partially thanks to the way it resonated with feminists who were ready to see Disney’s characters act with more agency. 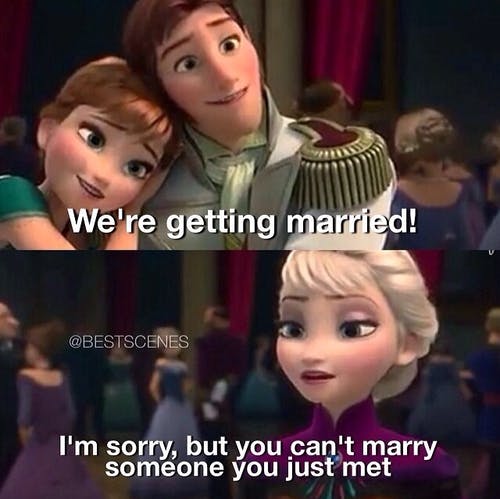 As Disney continues to move forward in a modern age, it seems to be aware of the opportunity to bring its beloved female characters closer to reality. That reality is less overly romantic and more practical, but also finds a new sort of depth in that territory. True love is not always where one thinks it is, and it cannot conquer all—but determination and effort can.

The film will be released on March 17, 2017. Until then, we’ll have to enjoy our own theories on how the classic may change—but the odds are looking favorable.