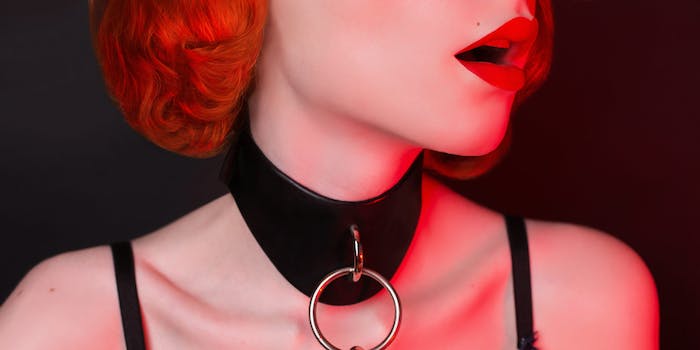 Get tied up with some of the best kink games around.

Christine Love’s Ladykiller in a Bind is one of the best adult video games available on Steam. It’s also one of the best queer kink games around too. Whether you’re a lesbian or bisexual, pansexual, or questioning, there’s a lot to love when it comes to Ladykiller’s take on women tying up other women.

If you’ve read through our guide to the best adult games on Steam, then you’re most likely familiar with Ladykiller. The game stars players as the Beast, a toppy queer girl posing as her twin brother on his senior class’ farewell cruise. Of course, this isn’t your average, everyday senior class cruise: The trip is filled with beautiful women, many of whom are longing for the Beast. In particular, players can revisit two characters: The Beauty and The Stalker. The Beauty has her way with the Beast, tying her up, punishing her, and acting as dominant as she can get away with. The Stalker, on the other hand, has an enormous crush on the Beast’s brother, leading the two women to have slow, sensual, but incredibly kinky sex.

If you ask a Second Life player whether the MMO program is really a “game,” chances are they’ll tell you it’s not. There’s truth to that. Second Life is much more like a 3D social network, one where players can create their own avatars, visit strange worlds, or just chat with new friends in club spaces dedicated to niché interests. This, of course, includes BDSM-based hangout sessions.