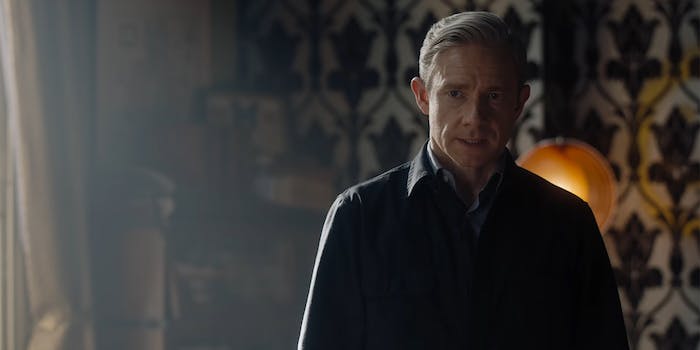 The Russian-language leak went online a day before the finale aired.

The BBC has launched an investigation into whether Russia’s state broadcaster had anything to do with leaking Sherlock after Russian language version of the season 4 finale appeared online early.

The Russian version of “The Final Problem” went online Saturday, one day before the highly anticipated finale was set to air. Sherlock producer Sue Vertue confirmed the episode leaking and urged fans to not seek the illegally uploaded version. The Sherlock Twitter account posted a similar message minutes later.

Russian version of #Sherlock TFP has been illegally uploaded.Please don't share it. You've done so well keeping it spoiler free.Nearly there

We are aware that #Sherlock episode 3 has been uploaded illegally online. If you come across it, please do not share it. #KeepMeSpoilerFree

After the leak, the BBC has started investigating how the hack could have happened.

“BBC Worldwide takes breaches of our stringent content security protocols very seriously and we have initiated a full investigation into how this leak occurred,” a BBC spokesman said.

According to the Independent, the Russian leak contained links to Channel One, which airs Sherlock in Russia, in the form of a “three-second continuity announcement.” Some British media suggested that the leak may have been a form of retaliation against the U.K. after NatWest attempted to close bank accounts with ties to RT, Russia’s English language broadcaster. Russia was also unhappy about a recent decision to expand BBC World Service’s Russian language output.