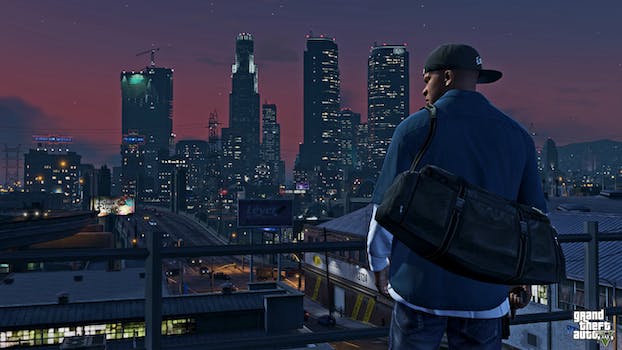 Grand Theft Auto is getting its own BBC documentary

The story of GTA’s creation has not often been told.

Grand Theft Auto is a loved and massively popular franchise in video games—and a lightning rod for controversy. But few people know the origin story of the game.

That’s largely because Sam Houser, the head of Rockstar Games, is notoriously guarded when dealing with the press.

Yet the Houser brothers’ rise to become two of the most influential developers in the modern video game industry is a fascinating. The BBC is planning a new, 90-minute documentary that sheds light on how GTA came to be, and how Rockstar Games created one of the most famous video-game franchises ever.

The new documentary is part of the “Make It Digital” BBC initiative meant to inspire young Britons to learn how to code. The initiative includes contest promotion, historical investigation, and even a talent show among other content. The GTA documentary is being touted as “the story of arguably the greatest British coding success story since Bletchley Park—the triumph of the computer game Grand Theft Auto.”

Sam Houser, 43, discussed Rockstar Games’ origins in a story published in Playboy in November 2013—the first interview he had granted in five years. Sam Houser, co-founder and president of Rockstar, and his brother Dan Houser, the vice president and head of creative at Rockstar, are the sons of an actress, and a lawyer and jazz musician. Sam Houser’s early exposure to the music industry and love of video game culture led to a position as head of the video game division at BMG.

When that division was purchased by Take-Two Interactive, the Houser brothers seized the opportunity to create a video game company with the vibe of Def Jam records and the attitude of the punk music scene. The company became Rockstar Games, which spawned Grand Theft Auto.

“Unlike many coding success stories, Grand Theft Auto was not created in Silicon Valley,” says BBC’s description of the upcoming documentary. it was the brainchild of a bunch of British gaming geniuses who had known each other since their school days. In autumn 2013 its latest iteration—GTA:V—earned $1 billion in its first three days, becoming the fastest selling entertainment product in history.”

The BBC’s announcement of the new initiative implies a 2015 release year for all the initiative’s content, but no specific air date has been announced for the GTA documentary.