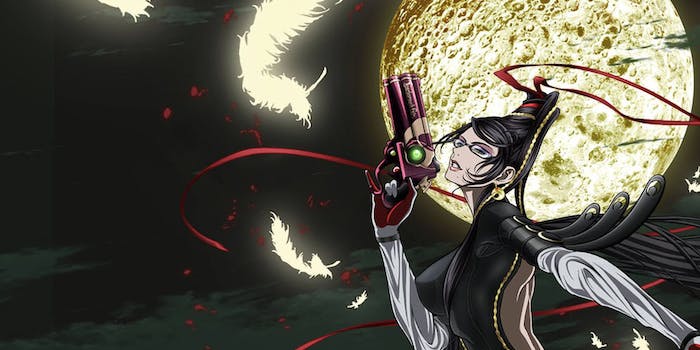 The ‘Bayonetta’ movie is coming to the U.S.

The long-awaited U.S. release has finally been announced.

Ready to watch gory violence while listening to house remixes of “Fly Me to the Moon”? Good, because the Bayonetta anime movie is coming to the U.S.

According to an announcement by Funimation, the anime will be available on DVD and Blu-ray later this year. Bayonetta: Bloody Fate is based on the Bayonetta video game, which was released on the Xbox 360 and PlayStation 3 back in 2010. A sequel game set for release in October exclusively for the Wii U.

The movie was produced by Gonzo, known best for Afro Samurai and Last Exile. The animation house has a distinct dark tone with its animation, pushing very muted colors with overly exaggerated movements, making it a perfect fit to take on the Bayonetta project.

Director Fuminori Kazuki will be at the Anime Expo in Los Angeles to answer fan questions and show off the English dub July 3-6.

The story of both the movie and original game focuses around Bayonetta, a disproportionately tall witch who has been asleep for 500 years. Upon waking, she can’t remember the reason for her long slumber.

The game itself gained attention for its over-the-top, hyper-sexualized art style and cartoonish action.