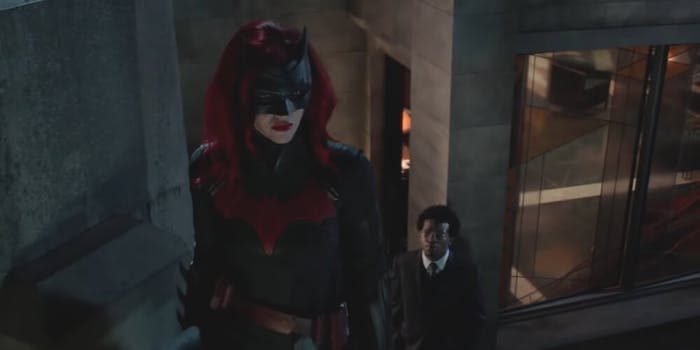 While the show is reportedly not great, the number of reviews left is eyebrow-raising.

CW’s Batwoman debuted to OK ratings when its first episode aired on Oct. 8, but its ratings have really taken a plunge online after trolls started bombarding its Rotten Tomatoes page with one-star ratings.

According to Comic Book, many are theorizing that some of the negative reviews have nothing to do with the show’s actual quality. As of right now, the show has a 72% rating from critics, but its audience score is only 9%–a stark difference.

Many of the negative user reviews called out the show’s “bad” acting and poorly written script. However, Rotten Tomatoes’ “critics consensus” is far less critical.

While some of the reviews are most likely very real–even the Daily Dot agrees it’s not that great–the number of reviews being left point to something much more sinister at play. Over 2,900 audience reviews have been counted by Rotten Tomatoes after the release of just one episode, which is over 2,000 more than the full season 5 of The Flash.

Some believe the discrepancy has everything to do with trolls investing far too much time in trying to make the series, which stars Ruby Rose as an LGBTQ superhero, fail. But others online are pushing back against that narrative.

“Nah I’m pretty sure its because of how bad it is,” Twitter user @Sgt_dashie wrote.

Nah I'm pretty sure its because of how bad it is.

Or, and just bare with me, people could not be liking the show. I saw the encore of it, and it was bad. Plus the numbers just came out and it was the lowest debut for an arrowverse show, and was even bad numbers for the CW.

Viewership numbers for Batwoman did pale in comparison to other CW shows, like Flash, Arrow, and Supergirl. Batwoman premiered to an audience of 1.8 million total viewers, compared to the 4 million viewers who tuned in to watch both Flash and Arrow. Supergirl’s season two saw a cool 3 million viewers.

For those who missed the show’s premiere and want to decide for themselves whether Rotten Tomatoes user reviews are fair or just trolling, the series airs on Sundays at 8pm ET on the CW.