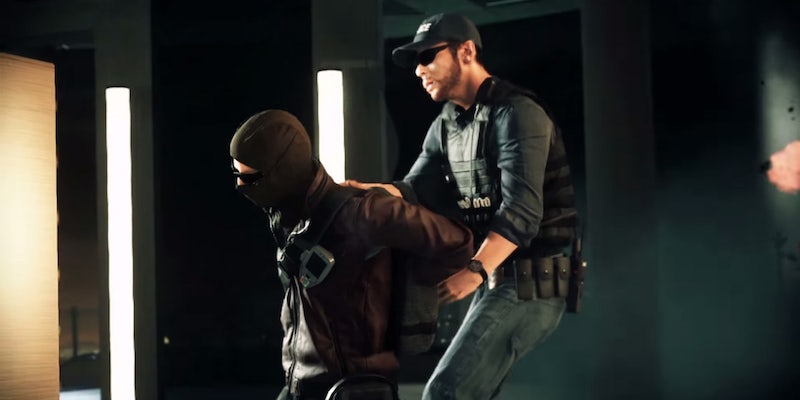 When Battlefield goes cops and robbers.

With Battlefield: Hardline, the dynamics of the Battlefield franchise are changing. The newest game abandons the team-based, combined-arms military shooter gameplay that has defined the franchise for twelve years in favor of a story about cops armed with assault rifles.

What’s unique about Hardline is the fact that its marketing materials emphasize its episodic-television-like narrative structure. The newest trailer punctuates that point by highlighting Benito Martinez, who played Captain David Aceveda in the gritty cop drama The Shield, as the stereotypical action-movie police captain yelling at the main characters for allowing too many things to explode—or for whatever else they did wrong.

Battlefield: Hardline was originally scheduled for a fall 2014 release. Following a public beta test in June, Electronic Arts announced that it would be delaying the release until early 2015. Given the history of recent Battlefield releases, it’s probably a good idea for EA to take its time with Hardline.