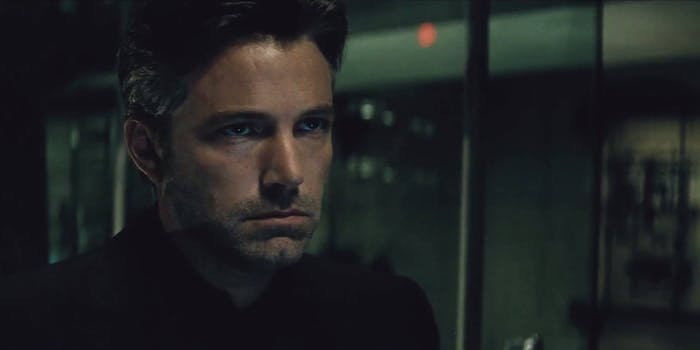 'Black and blue, god versus man.'

During a panel at San Diego Comic-Con, Warner Bros. revealed the second trailer for Batman v Superman: Dawn of Justice.

Dawn of Justice is a followup to 2013’s Man of Steel. It will address the fallout that occurred after Superman and Zod fought it out in Metropolis.

The film will star Ben Affleck as Batman, Henry Cavill as Superman, Gal Gadot as Wonder Woman, Jesse Eisenberg as Lex Luthor, and Jason Momoa as Aquaman. It’s set to come out March 25, 2016.