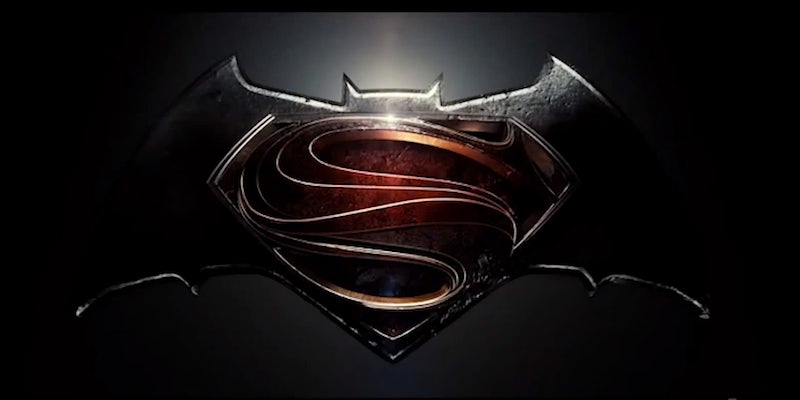 It leaked faster than a speeding bullet.

Director Zack Snyder only just announced Thursday that the first trailer for Batman V Superman: Dawn of Justice would debut on April 20 in select IMAX theaters, but it seems like the villains lurking around Gotham and Metropolis had other plans.

Low-res, shaky, blurry, and with Portuguese subtitles, we’re quickly introduced to the gritty world of the DC Comics verse. Wonder Woman is missing from the trailer, but we get plenty of close shots of Batman, Superman, and their respective suits while Jesse Eisenberg’s Lex Luthor provides the now obligatory mysterious voice-over from a figure of power. Superheroes they may be, but they’re no longer as beloved as they once were.

Add in one confrontational shot and we’ve got the hero showdown we’ve been waiting for.

The trailer is already being deleted off YouTube, but it still lives on VidMe—at least until these caped crusaders (or Warner Bros.) takes it down.

Update 7:59pm CT, April 17: The formal trailer has been released by Warner Bros.