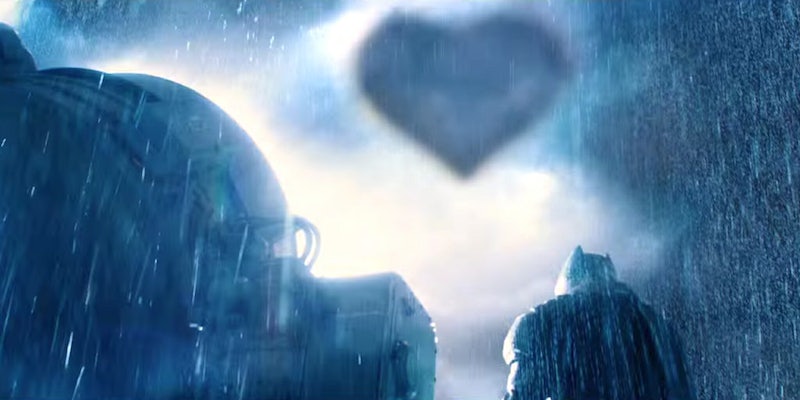 The greatest love story ever told.

Batman v Superman may be a gritty, all-out brawl between two of DC Comics’s biggest heroes—followed by Wonder Woman forcing them to grow up—but it works even better outside of the superhero genre.

The release of a particularly sensual photo of Batman and Superman had many fans that Batman v Superman was actually a romantic comedy.

Wired thought so too, and it used some editing magic to turn the macho film into something much kinder and more sensitive.

Kryptonian meets billionaire, they bicker over their morals, and they’re goaded into fighting each other by another billionaire puppet master before realizing that they were better together than they ever were apart. Add in Wonder Woman in the supportive best friend role (though to whom we don’t exactly know) and you’ve got yourself a romantic tale for the ages.

Now this we would pay to see.