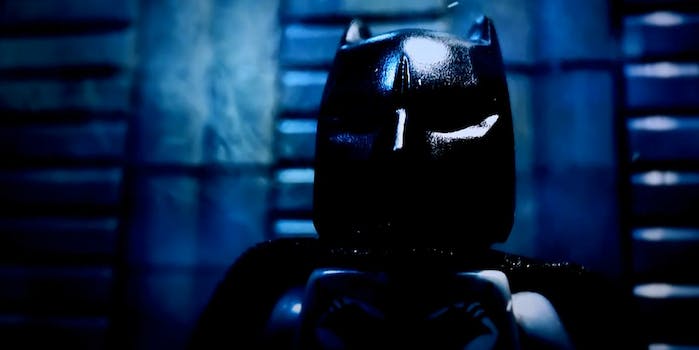 If you’ve seen the new Batman v Superman: Dawn of Justice teaser, you may have noticed that Batman‘s new armor looks suspiciously similar to Lego Batman.

Seriously, if you don’t believe us, look at this comparison. It’s definitely more Lego-looking than the adorable cat-ear cowl he was wearing in the early publicity photos. Plus, there’s the whole thing with the glowing eyes.

The Lego trailer presents us with a question: Does the growly Batman parody of The Lego Movie ruin the “real” Batman in his current form as dark-and-gritty Zack Snyder character? Because when you combine the Batman v Superman trailer dialogue with Lego figurines, it feels a lot sillier than, say, Lego Star Wars. Here’s hoping Batfleck isn’t just an unironically serious version of Lego Batman.