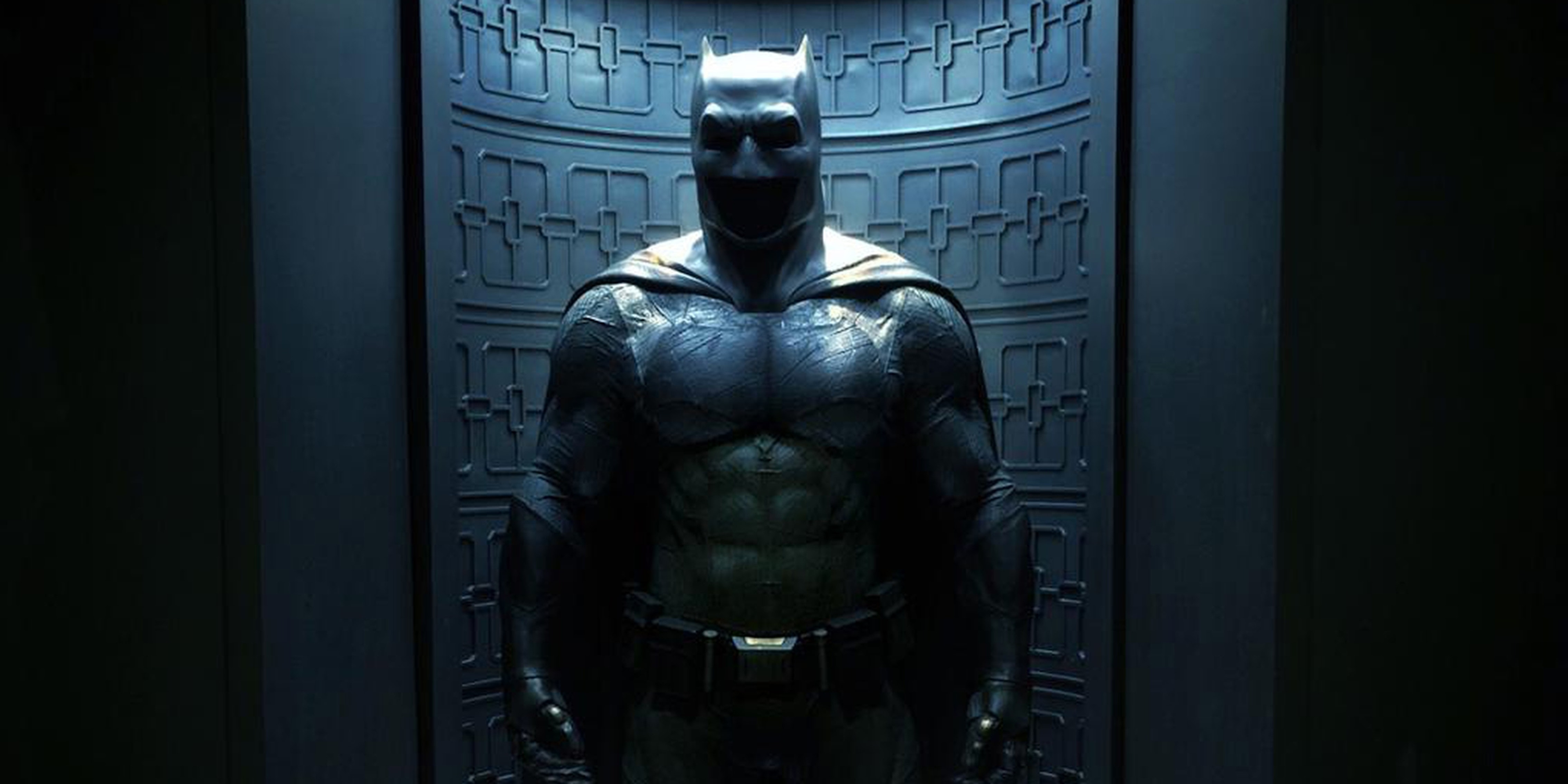 These costumes have a lot in common with those 1990s Bat-nipple suits.

That probably sounded like an insult, but this style of costume has been used in plenty of beloved movies before. It’s just interesting to see it appear in Zack Snyder‘s Justice League franchise, which otherwise aims for a dark, gritty interpretation of the Superman mythos. 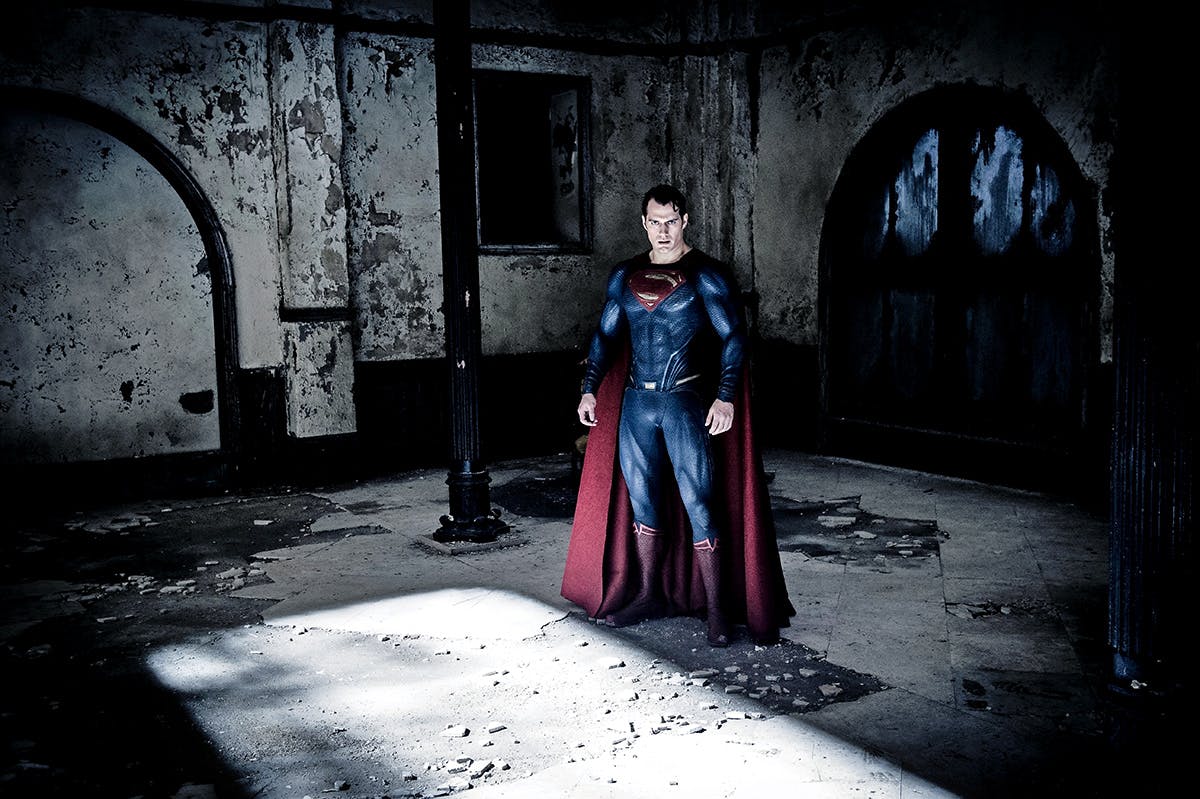 Looking at this new photo from Batman v Superman, it’s entirely possible to mistake Superman for a sculpted doll. Cavill is a very muscular man in real life, but even the tightest of spandex couldn’t show off his physique to this extent. Instead, the effect is most likely achieved by a combination of subtle padding and airbrushed shadows.

This aesthetic is often described as “toyetic,” meaning that it reflects the design of toys and action figures—usually for product-licensing purposes. The most notorious example is the plastic nipple-and-codpiece look of Batman Forever and Batman & Robin, a film that director Joel Schumacher said was influenced by the studio’s desire to sell more toys. (He also said that he wanted Batman’s costume to be “very sexy, very sensual,” so who knows what type of toy he was aiming for.)

Batman & Robin is so infamous that there’s no risk of anyone re-nippling the Batsuit now. However, you may notice that our new Batman and Superman still look oddly… anatomical.

Batman’s costume is meant to be made some type of reinforced fabric, but it still includes carefully defined musculature and what looks like the shadow of a belly button. A far cry from the starkly practical Batsuit of the Dark Knight trilogy, which Christian Bale’s Bruce Wayne created using existing Wayne Enterprises body armor.

I really want to see @BenAffleck as #Batman using this in #BatmanvSuperman . The armor looks so cool. pic.twitter.com/uNyoGhTsXb

When redesigning Superman’s costume, artists and filmmakers don’t have much freedom. He is so iconic that major changes are never well-received, which is why despite its grim and gritty tone, Batman v Superman still stars a man in a skin-tight body-stocking and a red cape.

While it’s possible that this toyetic look will clash with the dark tone of the movie, it has one important benefit: it’s very different from the aesthetic of the DC franchise’s biggest rival, Marvel Studios.

The Avengers share a very cohesive costume style, with Captain America, Hawkeye, Black Widow, and later Falcon all wearing similar types of reinforced bodysuit. Meanwhile Batman v Superman seems to be inspired by that pumped-up breed of superhero comics where every rippling muscle is outlined in agonizing detail. Given that this movie is directed by the man who gave us 300, this shouldn’t be too much of a surprise. 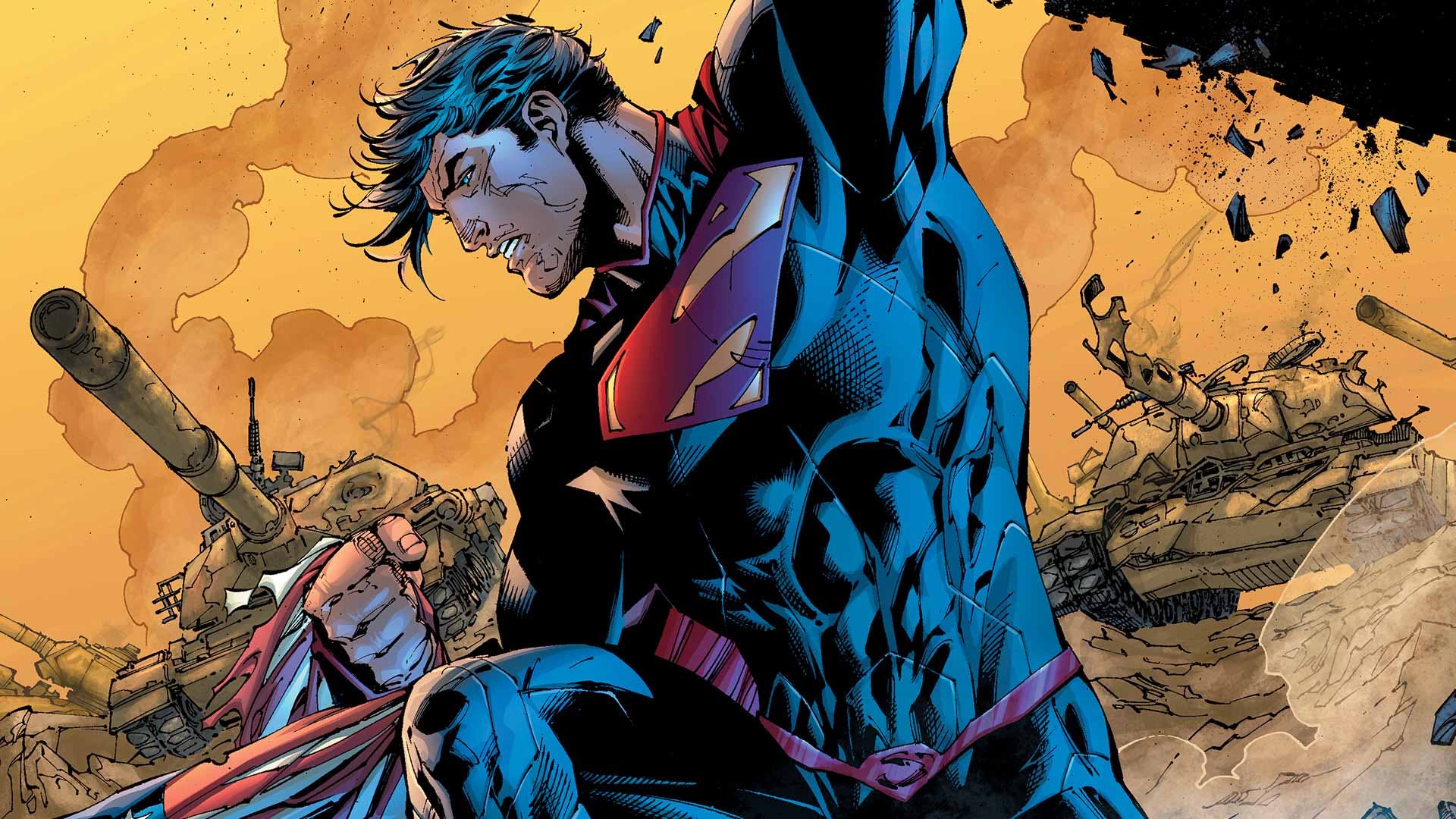