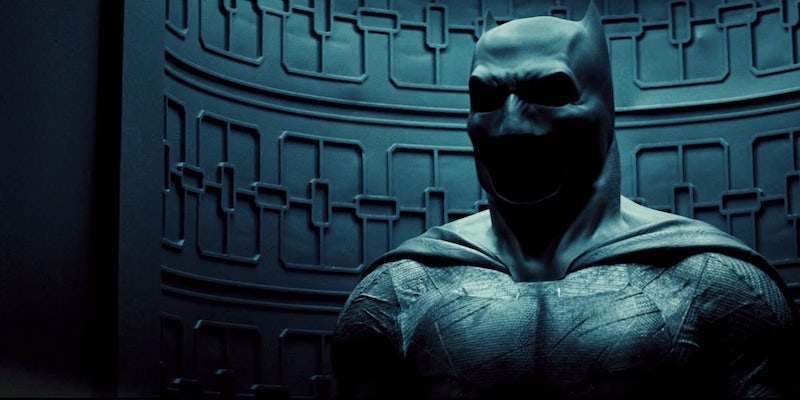 Judging from its recently leaked trailer, the angst-drenched Batman v Superman isn’t actually hiding which superhero brings home the bacon for DC Comics. For a movie that’s supposedly going to give equal screen time to both of DC’s greatest superheroes, the trailer looks an awful lot like BATMAN! vs Some Alien Dude.

That’s why the latest of a plethora of Lego-related remixes to appear in the wake of the trailer’s release is so satisfying. The “Darkness, No Parents” version uses Batman’s hilariously on-point song from The Lego Movie and applies it to the new trailer, starting from the moment we first see Ben Affleck’s Batman.

The song fits the trailer’s second half almost without any changes whatsoever. Honestly, given DC and Warner Bros. penchant for lacing their superhero franchises with as much doom and gloom as possible, this isn’t really even surprising. It took less than a day for the trailer to get the Lego treatment, courtesy of a tiny YouTube channel called Bad Movie Drinking Game.

It probably says something about our heroes that the most famous of them all can be encapsulated with what amounts to a 30-second song about darkness and abandonment issues.

Hopefully there will be more to the film than “Batman angsts over dead people, beats up Superman a bunch,” but given that this is a Zack Snyder film, don’t expect the overblown gravitas to be punctuated by anything as awesome as this mashup.