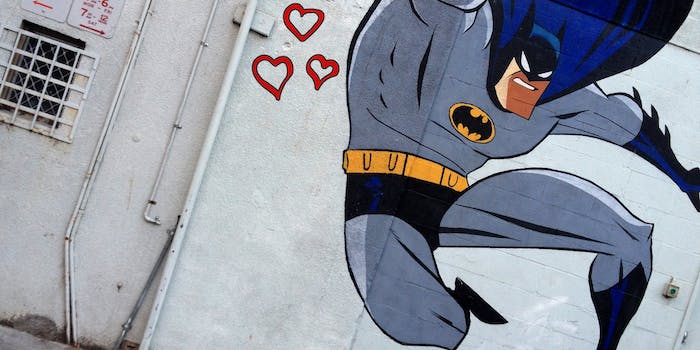 Gotham's dark knight is taking a romantic interest in the star reporter.

DC may be against its characters getting married, regardless of sexual orientation, but that doesn’t mean heros can’t go out on dinner-dates.

Superman and Wonder Woman have been getting romantic lately in the comic world, but Bruce Wayne has been flying the Batplane solo. Could any single ladies in the DC Comics universe go for Gotham’s moody hero?

Selina Kyle? No, that never ends well. Kate Kane? Well, he’s not really her type. What about Lois Lane?

Teased in an issue of Batman/Superman that hits stores today, Batman tries to make some moves on the star reporter.

From the preview it seems that a villain has rid Superman and Batman of their memories. It’s probably the reason why Wayne isn’t being his usual brooding self.

Arguably, the best Batman romance was between Bruce Wayne and Wonder Woman in the Justice League animated series. Superman and Wonder Woman is just a bit too obvious. But a character as serious as Batman paired with the super-human ambassador? There’s an interesting match.