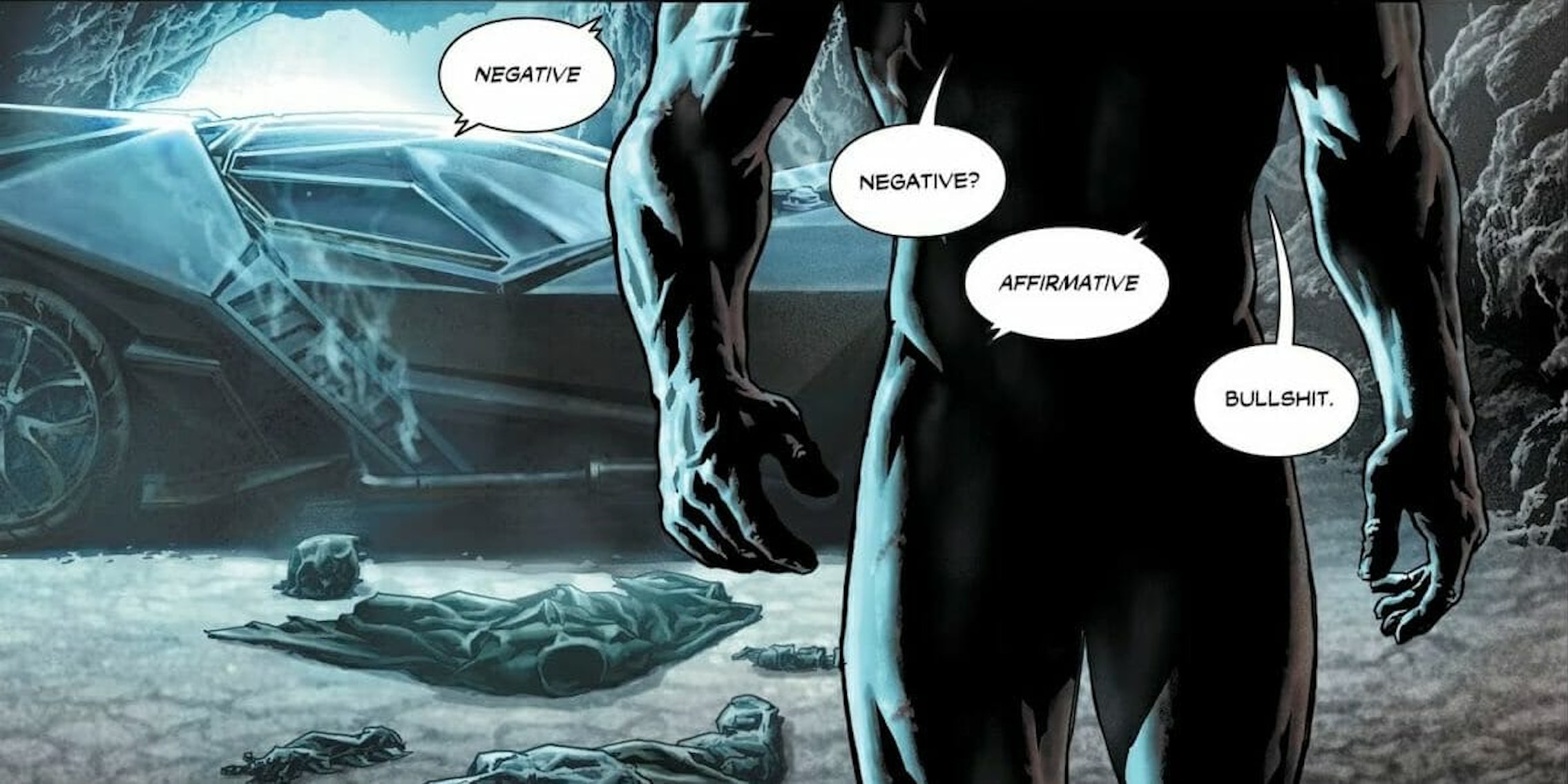 'Batman: Damned' is famous for one thing, and one thing only. So why bother to censor it?

In the world of DC Comics fandom, this week was about one thing, and one thing only: Batman‘s penis.

The schlong in question arrived on Wednesday, appearing full-frontal in the adult comic Batman: Damned #1. Naturally, it became an instant meme. Everyone had an opinion, from artistic critiques to Batawang puns. Bruce Wayne’s dick dominated the conversation about Batman: Damned, to the point where I, a person who follows dozens of DC fans on social media, have not seen even one person discuss the plot. I mean, I assume it’s about Batman? John Constantine is involved in some capacity? But mostly, this is the Batman penis comic. Which may explain why DC has decided to censor it.

The comic’s initial print run depicts Batman’s dingaling in all its glory, but the digital version just shows a modestly shadowed crotch. And according to the Hollywood Reporter, all future print editions will be censored too. Here’s what to expect if you order a copy now:

THR claims that DC backtracked on the junk shot because it “did not add to the story.” That’s all very well and good, but there’s no denying Batman’s dong was a unique marketing opportunity. Everyone is talking about this comic now, providing free advertisement for DC’s new mature imprint DC Black Label. And by censoring future print runs, DC turned the original version into a collector’s item.

Plus, you don’t see DC adding tasteful shading to the zillions of comics with exploitative nude images of female characters. Why does Batman get to preserve his modesty? This is Game of Thrones all over again. In all honesty, it’s pretty rare for full-frontal nudity to ever “add to the story” in a superhero comic. Most of the time it’s at least partly motivated by a desire to titillate or, in this case, add a little shock value. Batman: Damned will go down in history as the first canonical depiction of Bruce Wayne’s weenie, and it’s certainly a punchy introduction to DC Black Label.

The comic’s creative team, writer Brian Azzarello and artist Lee Bermejo, have still not weighed in on this phallic furor. So instead of sharing another lofty comment about DC’s artistic integrity, I’ll simply leave you with this, the best of many, many Batman penis puns:

Who called it "Batman's penis" and not Lil' Wayne