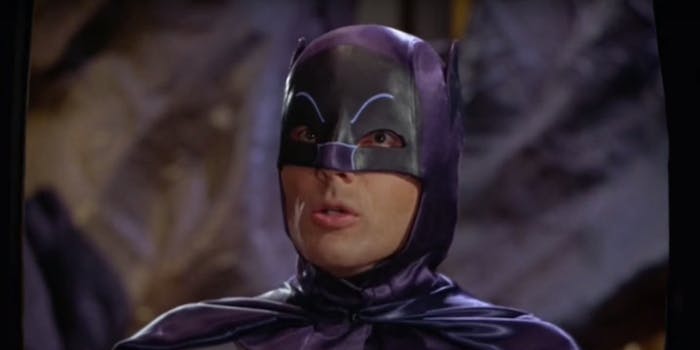 Despite his moral code, Batman totally kills people—and here’s a supercut to prove it

His moral code doesn't fare so well in practice.

Batman is known for his strict moral code, most notably his refusal to kill, but a new supercut shows that the Dark Knight’s record isn’t as squeaky clean as we once thought.

Thanks to the keen editing skills of Mr. Sunday Movies, we see just how far Batman will go to save Gotham. The body count, built up by multiple Batmans over the years, consists of super villains, henchmen, and goons. The Batmen have used a plethora of bat-items and sometimes even their own fists.

For a character who doesn’t like to kill, Batman is pretty good at it. Even Adam West’s Batman isn’t immune to the almighty tally, although his kill is a lot hokier in nature.

With Superman, the other supposedly no-kill superhero, having thrown that ideology out the window in Man of Steel, the fate of our heroes suddenly looks less certain in Batman v Superman.