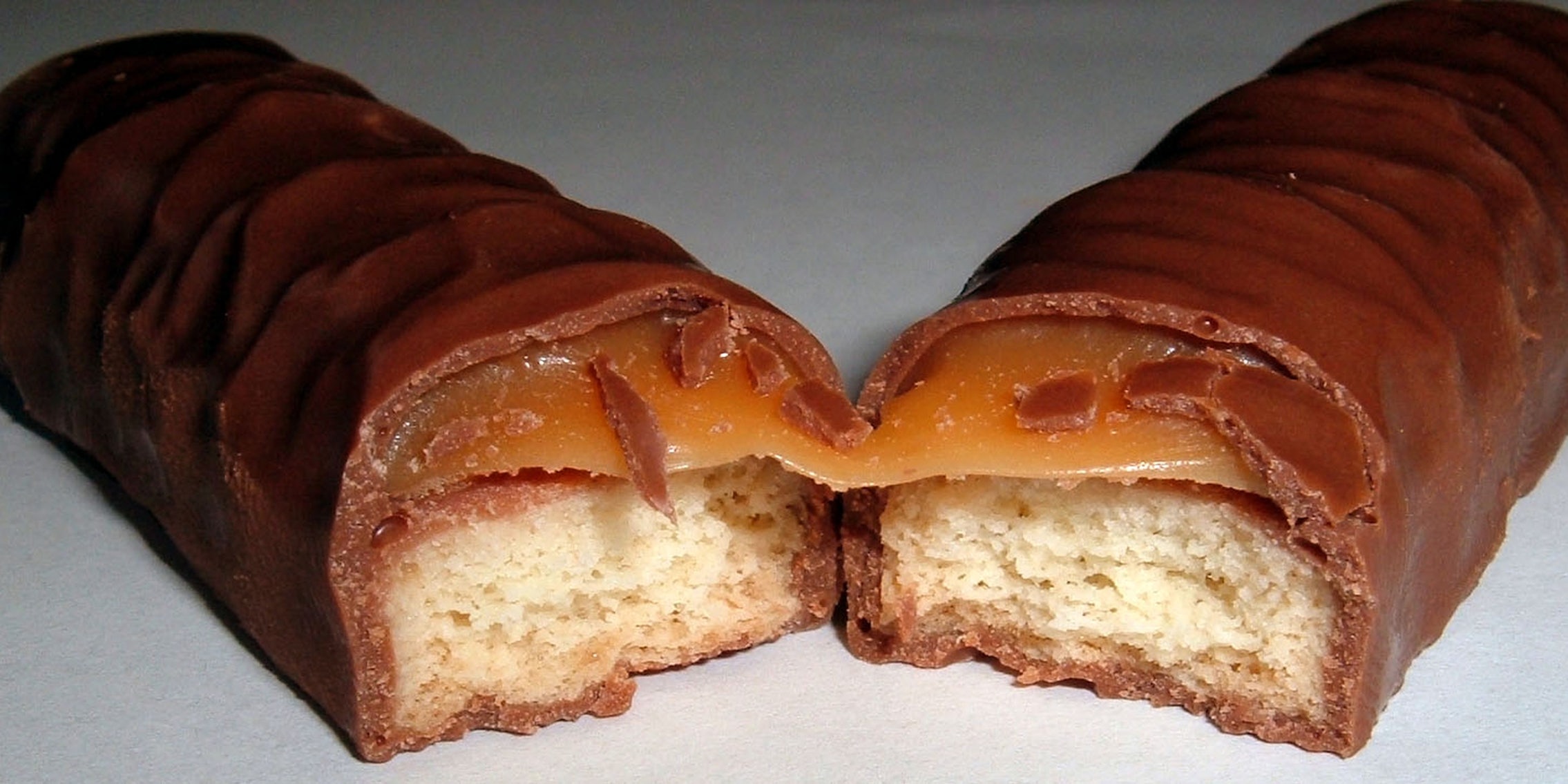 The ads are already among us—and they look terrible.

A few weeks ago, DC baffled the comics-artist community by adding a half-page advertisement to the sequential art pages of its comics. The placement meant that comic panels designed to be single-page would now be split. The results were ugly at best and a slap in the face to tasteful design at worst:

No, your eyes aren’t deceiving you; that’s a Twix ad at the bottom of a comics spread. And yes, that’s former boy-band member Nick Lachey trying to decide between “Left Twix” and “Right Twix.” 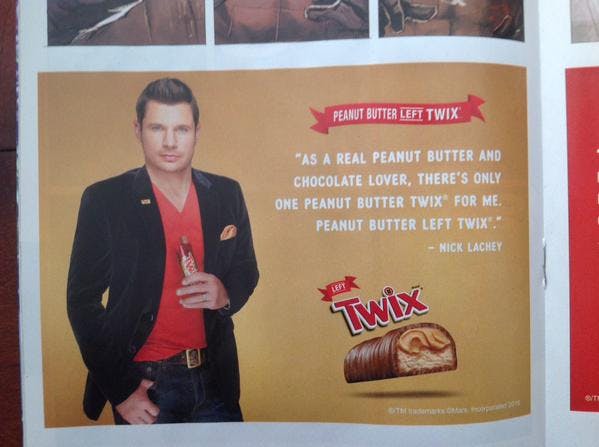 If you’re confused and frightened by this occurrence, don’t worry—everyone else was, too. At the time the image surfaced, Bleeding Cool reported a rumor that DC had asked artists to design their layouts while keeping in mind that they would be split for the ads. Naturally, actual comics creators hated this idea, and the ads were widely reviled and mocked:

One of the many people who expressed reservations about the ads was  Batman artist Greg Capullo:

It matters a lot. I spend a great deal of time on storytelling. This is a throat cut https://t.co/kmapf3qmn7

Comics Beat later reported another rumor that the ads were only going to run for a month, after which time they would die, hopefully horribly.

But as every comics fan knows, nothing ever stays dead.

This week, in the latest issue of Batman, Capullo and writer Scott Snyder had fun with their marching orders to prepare for the ads—they worked them into the storyline of the comic itself with a visual and scripted joke. Here’s how it plays out as two characters look through a sample of potential new costumes for Batman. 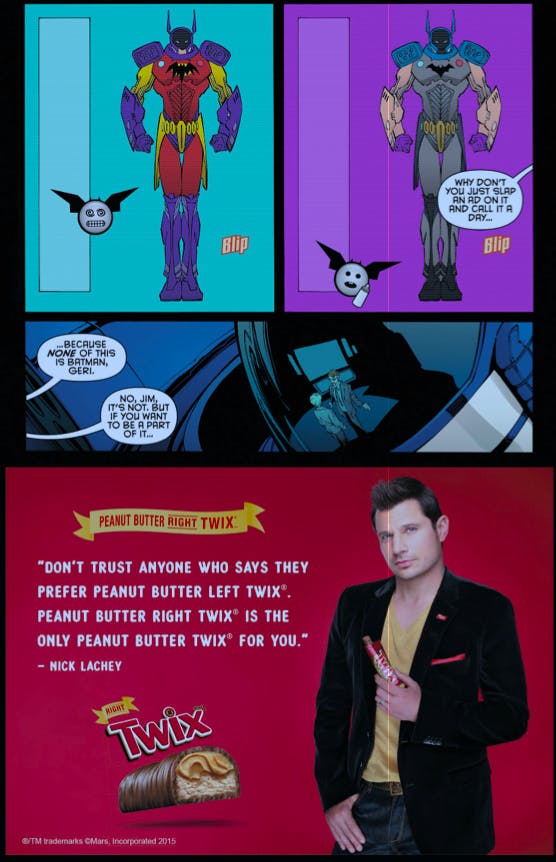 Capullo told IGN that Snyder had to write the sequence in such a way that it could easily be split apart and put back together due to the ads interrupting the action. He said he was uncomfortable with the idea, but Snyder added that they had gotten in a “little dig” at the ads.

Yesterday, following the interview, IGN spoke with DC Comics publisher Dan Didio, who made it clear that the ads aren’t going anywhere.

“We are in the business to have ads in our books,” he said. “We’ve always been the best with ads in our books, and now we have companies interested in buying ads in books. So I think that’s a good thing.”

IGN described Didio as believing that the ads were “a compliment to the material.” Didio also hinted strongly that the ads, which most people believed were intended for print only, were intended to cross over into digital content as well.

“The fact that so much of advertising has migrated out of print over to digital and the fact that we’re able to rebuild some of that back in our books I think is a strength of what we do,” Didio said.

If Didio’s comments are any indication, these ads could very well be a regular part of your DC Comics reading experience going forward.