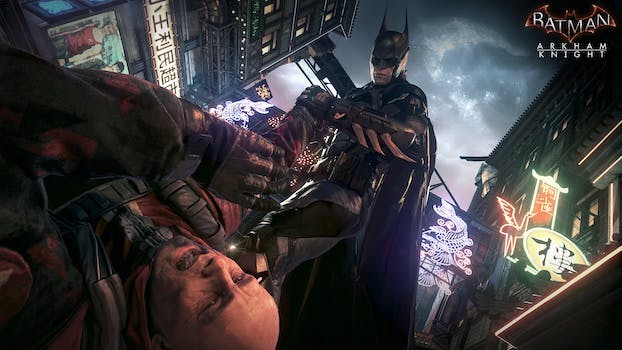 The latest Batman: Arkham Knight trailer gears Batman up for a battle

It'll be the biggest battle of his life.

Everything’s darker as Gotham gets hit with yet another attack from villains in the latest TV spot for Batman: Arkham Knight.

The latest game in Rocksteady Games’ Batman series will feature the Dark Knight driving and soaring through Gotham City as he faces off against a group of “super criminals” led by Scarecrow. Judging on the juxtaposition of Bruce Wayne preparing himself and the mass chaos in Gotham at the hands of the Scarecrow, Two-Face, there’s bound to be plenty of face-offs. Don’t miss the glimpse of fan-favorite Harley Quinn.

He’s gearing up for something big, alright. What exactly? We won’t find out until Jun. 2.