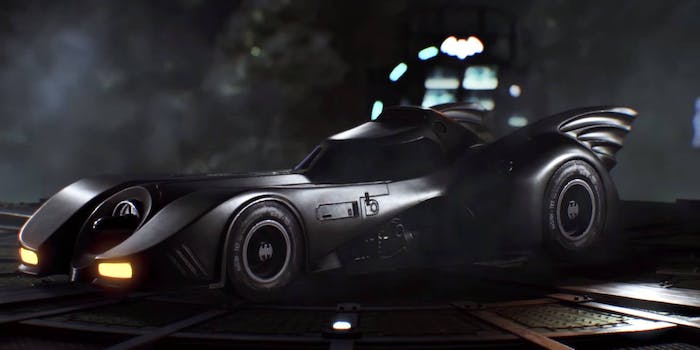 Michael Keaton's Batsuit will also arrive in the game.

While PC gamers might still be playing a broken and incomplete version of Batman: Arkham Knight, it seems that Warner Bros. is happy to continue releasing content for PlayStation 4 and Xbox One owners.

The company has just posted a new trailer for the game that shows off Tim Burton’s 1989 Batmobile along with Michael Keaton’s iconic Batman suit.

Spoiler warning for those who have yet to play Arkham Knight.

In a surprise twist, the trailer also teased the Tumbler from Christopher Nolan’s Dark Knight trilogy.

Warner Bros. did announce last month that an intermediary patch would arrive next month to relieve PC gamers’ woes, and reports say that a more definitive patch will arrive in September.