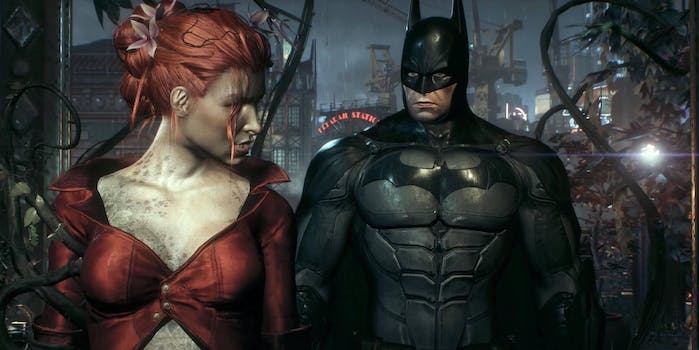 We’ve reported all this week of gamers facing a multitude of issues with the PC release of Batman: Arkham Knight. Warner Bros. has finally made a calculated business decision to address the fan outcry over the game’s shoddy graphics: In a stunning about face, the publisher has suspended all new sales of Arkham Knight for PC until further notice.

In a forum post, a Warner Bros. community admin admitted that many were still facing performance issues and that the game would need to be reworked until things met an acceptable level of quality.

We want to apologize to those of you who are experiencing performance issues with Batman: Arkham Knight on PC. We take these issues very seriously and have therefore decided to suspend future game sales of the PC version while we work to address these issues to satisfy our quality standards.  We greatly value our customers and know that while there are a significant amount of players who are enjoying the game on PC, we want to do whatever we can to make the experience better for PC players overall.

Thank you to those players who have already given valuable feedback. We are continuously monitoring all threads posted in the Official Batman: Arkham Knight Community and Steam forums, as well as any issues logged with our Customer Support (support.wbgames.com). If you purchased your copy of the game and are not satisfied with your experience, then we ask for your patience while these issues are resolved. If desired, you can request a refund at help.steampowered.com (Steam refund policies can be found here: http://store.steampowered.com/steam_refunds) or the retail location where you purchased the game.

The Batman: Arkham fans have continually supported the franchise to its current height of success, and we want to thank you for your patience as we work to deliver an updated version of Batman: Arkham Knight on PC so you can all enjoy the final chapter of the Batman: Arkham series as it was meant to be played.

Although the post above wasn’t a sorrowful admission of guilt, it still shows that Internet outcry was enough to make the publisher rethink its strategy. Yet on popular gaming forum NeoGAF users users are completely stunned that the game has been pulled. As for purchasing the game, Steam now says it will be available in the fall. It’s very likely that this is just a placeholder, but one thing’s for sure: gamers can’t purchase the game on PC at the moment.