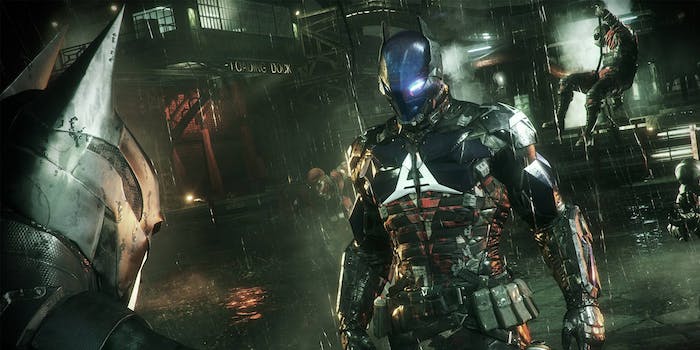 It's the first game in the series rated Mature by the ESRB.

Batman is supposed to be kid-friendly, right? Or at least teen-friendly.

But the latest entry to the Batman: Arkham video game series, Arkham Knight, will be getting an M rating.

This is the first Batman game to get such a rating, and maybe the game can finally match the dark and gritty tone that’s in the comics.

For films, PG-13 has been the de facto rating for bringing in the most dollars. There’s enough mature content for adult audiences without going into R territory, which can turn off some viewers and prevent younger teens from being allowed to buy tickets at the box office. That’s not necessarily the same when it comes to games. Some of the highest-selling titles have M ratings, such as Call of Duty. M ratings on games seldom dissuade purchases; parents still tend to buy their kids M-rated games.

The obvious question now is what warranted the ESRB giving the game an M rating? Violence, sexual content, drug use, depressing themes, or suggestive humor? We will find out when the game hits store shelves this June.