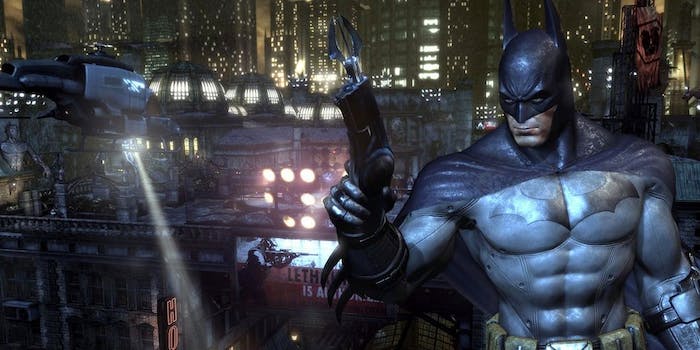 Someone had a dark message for Batman.

It’s the game series that keeps on giving. A major Easter egg has been found in Batman: Arkham City three years after its release.

Just like another hidden Easter egg found in Batman: Arkham Asylum, it was necessary for developer Rocksteady to give players a hint. A week ago, a mysterious YouTube channel, JG Jour, with a video titled Arkham City Secret popped up. “Jour” is French for “day” and JG stands for Julian Gregory, who is also known as the supervillain Calendar Man. Many fans are speculating that the phantom YouTube channel was actually created by Rocksteady.

YouTube channel Batman Arkham Videos, a fan channel dedicated to the Arkham games, did some sleuthing and figured out the secret.

If you turn your PC clock back to December 13th, 2004, Calendar Man will have a special dialogue waiting for you. The date may seem random, but it carries some significance to Rocksteady. It’s the day when the studio was founded.

It’s kind of crazy the Easter egg remained a secret for years, considering millions of people played the game. Calendar Man delivers an ominous statement to the caped crusader: “Days were the secret, Batman. And the end of days is coming.” Could he mean the end of the Arkham games or Batman himself?