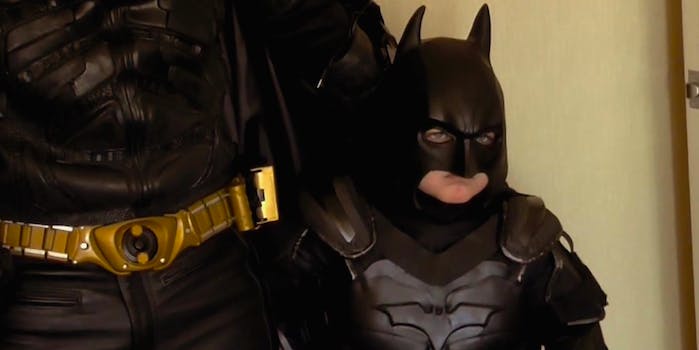 The ‘Batkid Begins’ trailer is here to tug at your heartstrings

Batkid's inspirational journey will be told in this documentary.

A new trailer for the documentary Batkid Begins will transport you back to November 2013—wherein you’ll relive the touching story of Miles Scott a.k.a. Batkid.

It’s hard to forget the 5-year-old who after battling leukemia was able to have his dream of becoming Batkid and saving Gotham City come true. This after the Make-A-Wish Foundation transformed San Francisco. Thousands gathered to support Scott and his story quickly spread on social media, making an impact with people around the world.

After news that Julia Roberts would be turning Scott’s story into a feature film and a previous documentary trailer seen last year, the new official trailer released by Warner Bros. Pictures on YouTube Thursday puts us one step closer to the documentary hitting theaters this summer. According to the Hollywood Reporter, last month New Line received worldwide distribution rights to the documentary and narrative remake rights.

The documentary will offer us a closer look at Scott’s story, the events of that day, and how it all came to be. The emotional trailer promises an even more emotional documentary. Batkid Begins will be in select theaters starting June 26.