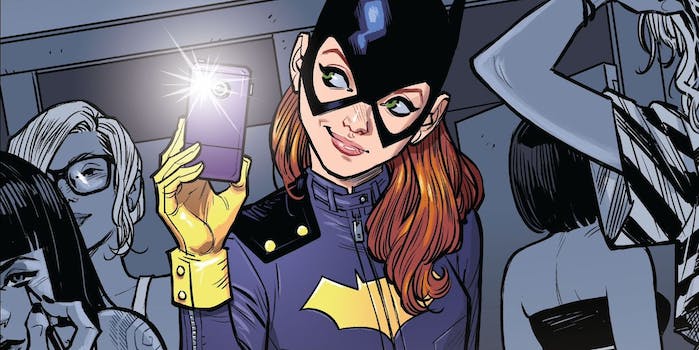 ‘Batgirl’ wakes up with a new creative team and a hangover

Batgirl's transformation is evident in the first issue under a new team.

Batgirl is back this week with a new look and a new creative team with the release of issue 35.

After years of seeing DC Comics’ Batgirl crafted by writer Gail Simone, some fans were saddened earlier this year to learn that a new creative team would be taking over the series. But many were thrilled that Batgirl would get a lighter tone and the chance to have a bit more fun after all the darkness she’s dealt with recently.

With the release of this week’s issue we get a glimpse at what we can expect from the new team—and it turns out to be a little more jarring than anticipated.

The issue begins with Barbara Gordon’s move from Gotham into the hip, Brooklyn-esque Burnside. We say goodbye to fan favorite character and former roommate Alysia and meet the new roomie Frankie. The comic introduces us to the new neighborhood and the characters that will likely be recurring in Gordon’s life, but this thankfully doesn’t slow the story down. Readers see the new faces and places as the story progresses, making it feel natural.

Writers Brenden Fletcher and Cameron Stewart don’t waste time changing the tone of the series. In the next two pages suddenly Gordon is waking up with a hangover, unable to remember the guy she made out with the night before as her new friends discuss the latest social media on the couch.

For those of us who have been reading Batgirl for awhile, this is a bit of a sharp contrast to the no nonsense woman who didn’t have time to take her quasi-boyfriend’s phone calls a few issues before. Of course the whole point is that we are entering a new world for the character, but jumping right into it feels a bit like ripping off a band-aid. It’s a bit shocking, but in the long run perhaps it’s the best way to transition us into her new life. 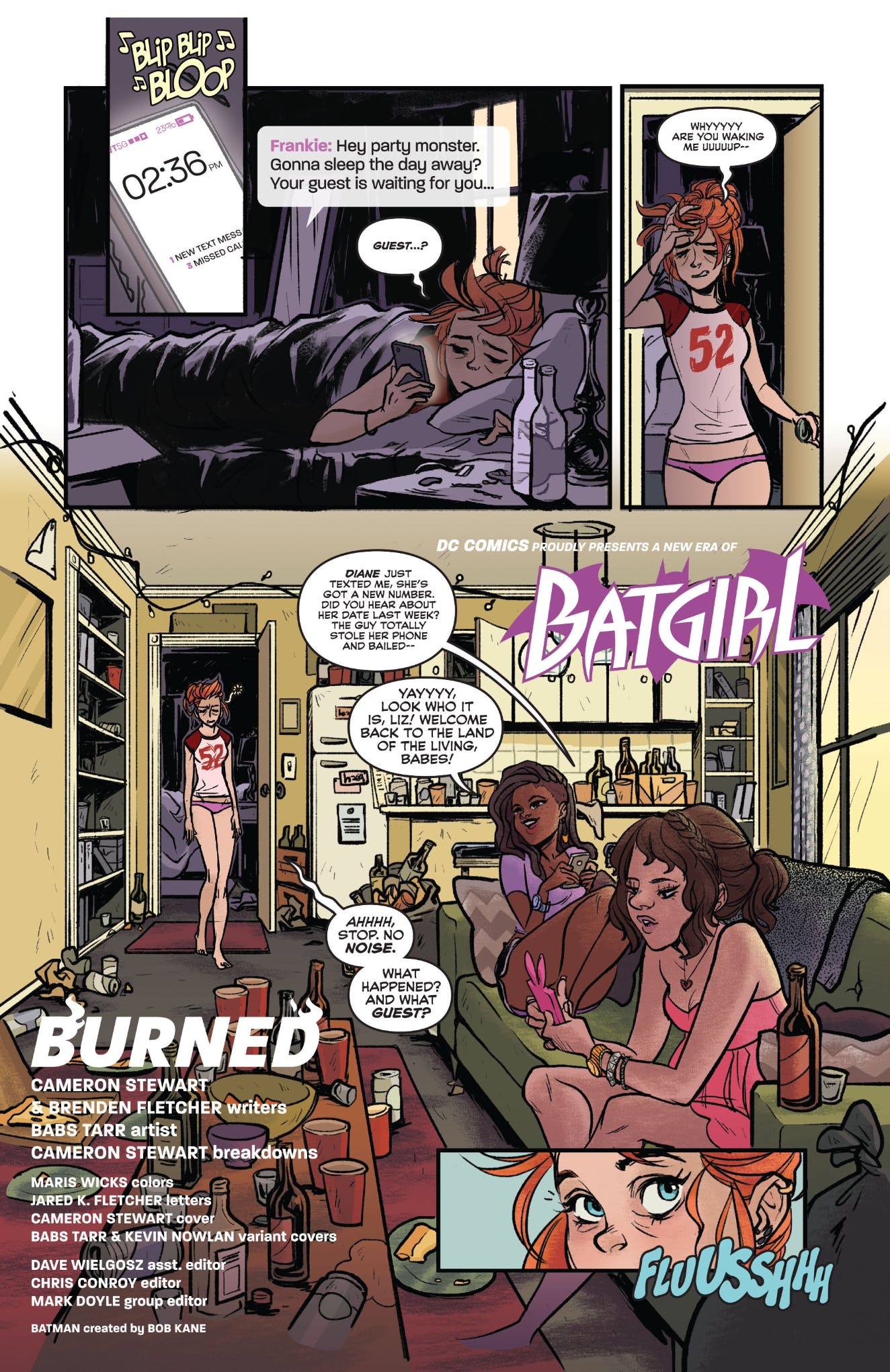 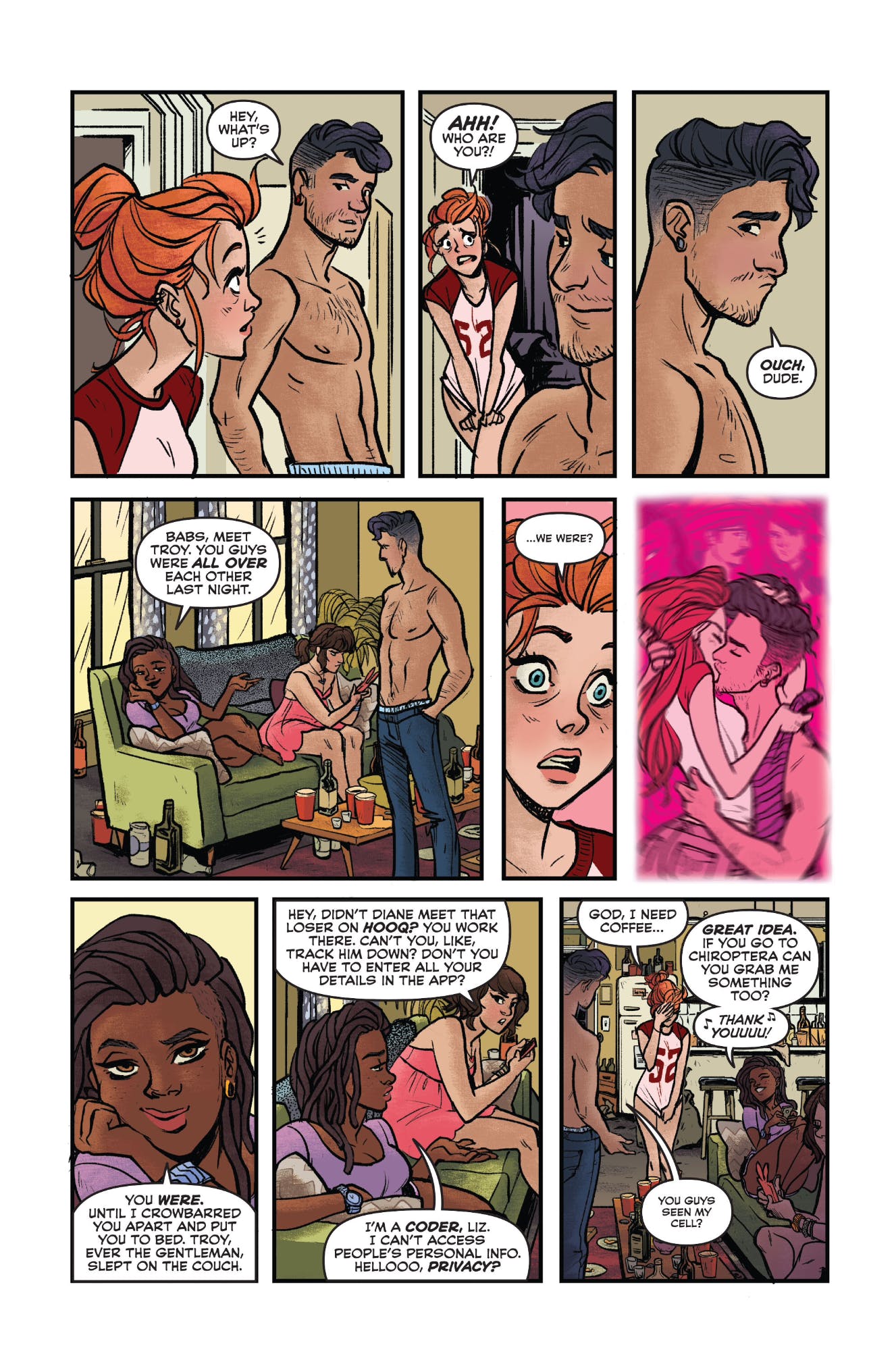 Unfortunately the tone throughout doesn’t just make Batgirl seem more like her age (early 20s). It frankly makes her seem much younger and more irresponsible. Between informing a thief she’s “legal”—which feels like an unnecessary, tacked-on reminder for readers that she is actually an adult despite how she’s acting—and barfing after catching him, I found myself feeling she was more of a teenager. When she discusses losing her van later on, my first thought was, “She’s old enough to have a van?”

That being said, what hasn’t changed is that Batgirl is smart and can take on any villain singlehanded. The storyline is one that will be highly relevant in today’s media age, with a man leaking private information and photos onto the Internet. The villain talks in hashtags which is a little annoying and seems to be pressing the “hip, young” social media angle a little too hard, but that makes it all the more satisfying when Batgirl outwits him and takes him out.

She also looks great doing it in her new costume, which is the big plus in this comic. Artist Babs Tarr does an amazing job with every panel. It’s a unique look that fits perfectly with the younger tone of the story. The new costume that everyone was so excited about looks fantastic in action as Batgirl jumps, dodges, and attacks her enemies. 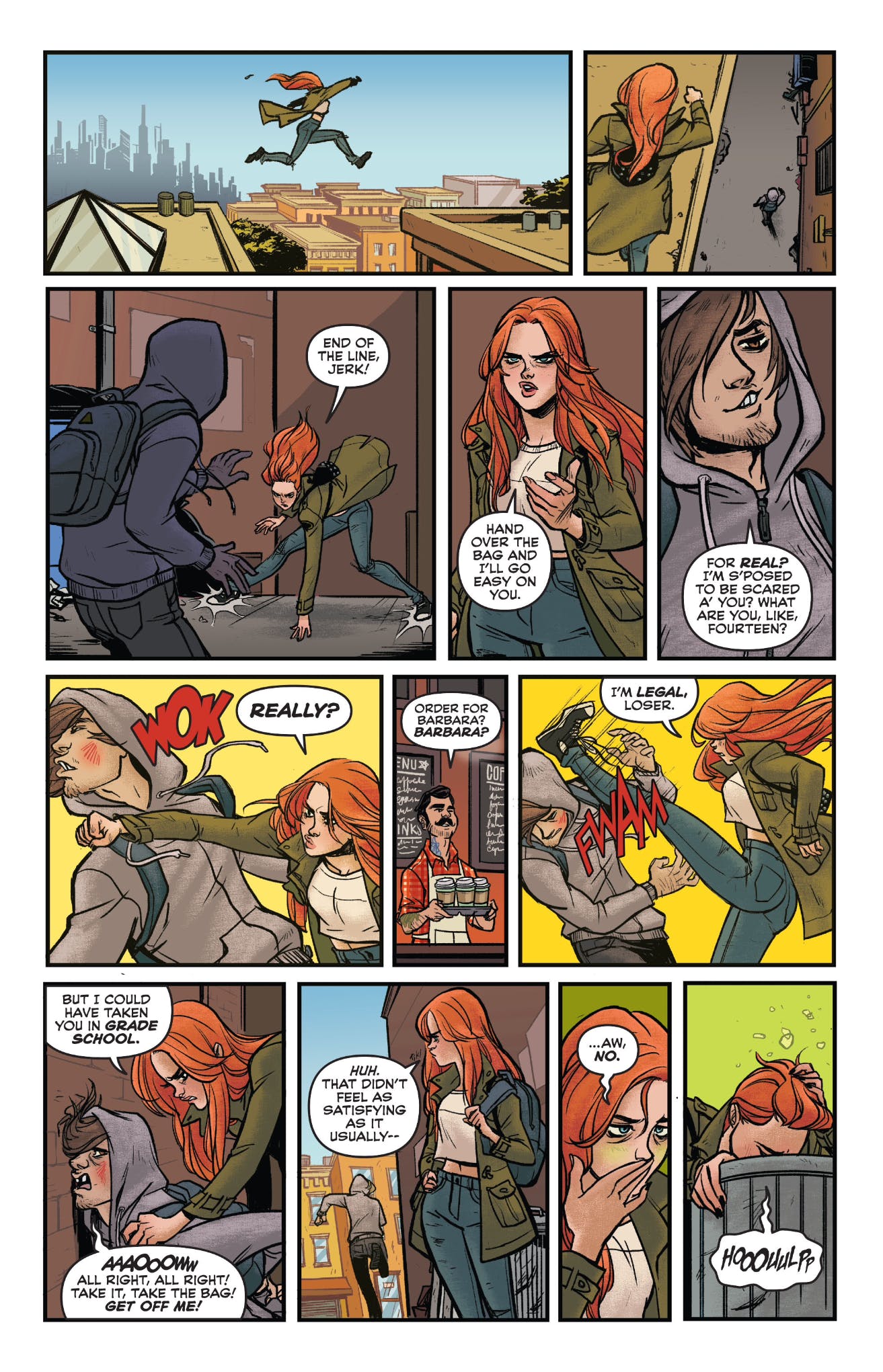 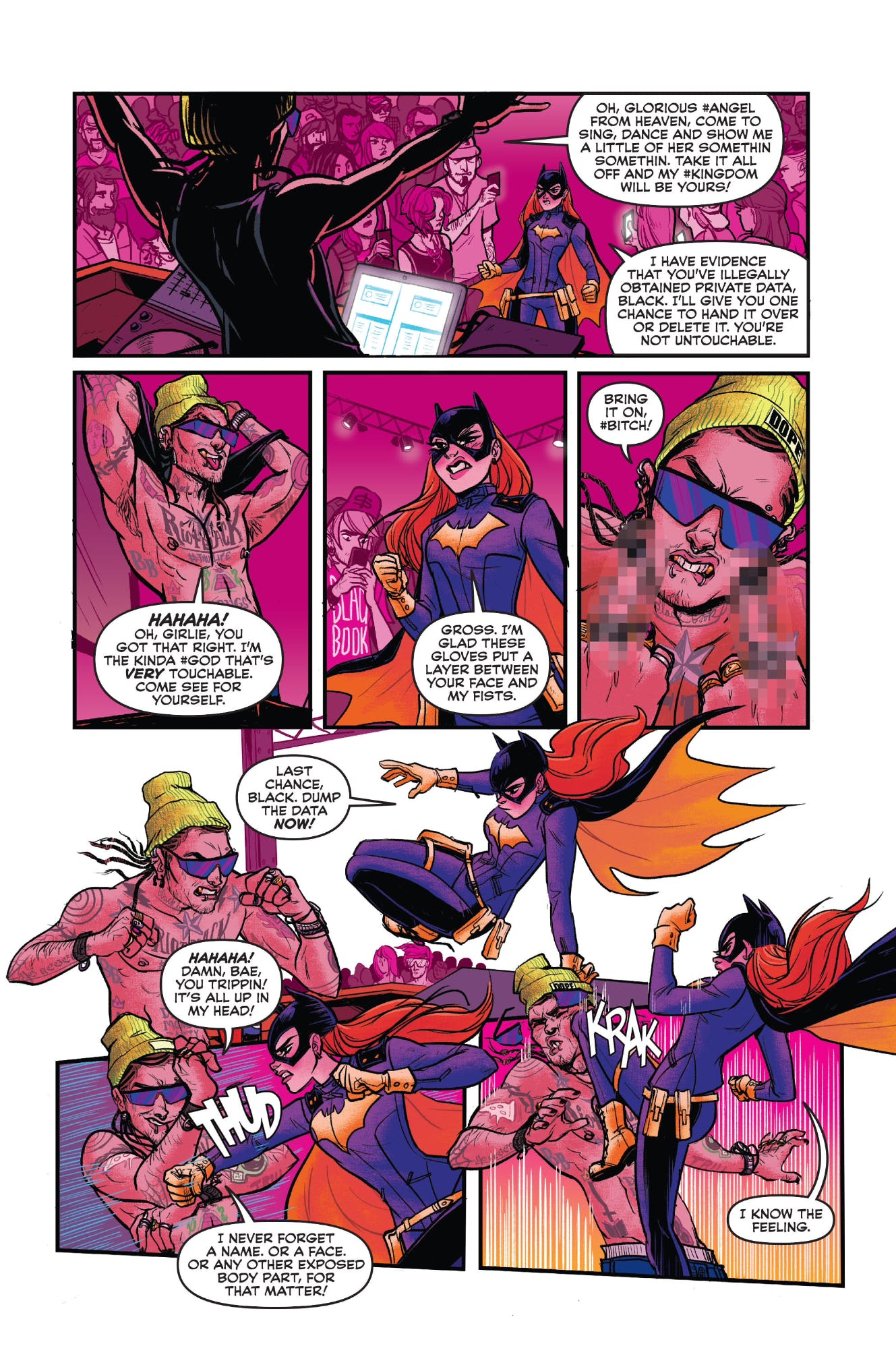 This issue may be a slightly jarring start to the new Batgirl, but it will be interesting to see what changes and what stays the same as the new creative team finds their footing. While I felt that I couldn’t really relate to Batgirl in this issue—have I become that old at 27?—and felt myself wanting to echo a sentiment Alysia sends to Batgirl in an email in the beginning of the story (“I know you want to have fun, but don’t party away everything you’ve worked for”), I can’t deny it’s a unique change for the hero.

In the end, the new Batgirl definitely won’t be for everyone, but it certainly breathes some new life into the character that makes it accessible to new readers and appealing to a much younger demographic. For those who read Simone’s take on the series, it might take awhile to get used to the fact that this is supposed to be the same Batgirl we all love.