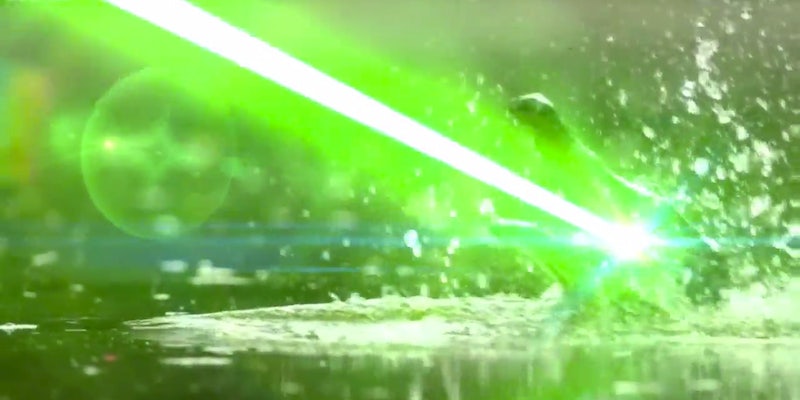 Explosions are the secret sauce for even better nature documentaries

If there’s one thing we learned from the Rifftrax collaboration with National Geographic, it’s that nature can sometimes use a little, shall we say, enhancement—the more dramatic the better.

So it seems only logical that someone, in this case YouTube user Blackhawk, has inevitably turned a mighty fight between two of nature’s unlikeliest foes into an epic Star Wars-esque laser battle.

How epic can a fight between a bat and a crocodile really be, you ask?

My friend, that is the naive, unenlightened question of someone who hasn’t seen a bat shooting flaming laser beams from its ass while dodging crocodiles with jaw light sabers.

Who knew that all nature needed for maximum blockbuster potential was a few laserbeams and some Birdemic-level CGI?

If you’re the kind of plebe who prefers the boring explosion-less version of nature, you can watch the original clip, from the BBC documentary Wonders of the Monsoon.

Just don’t come crying to us when you wonder why real life contains so few lens flares.