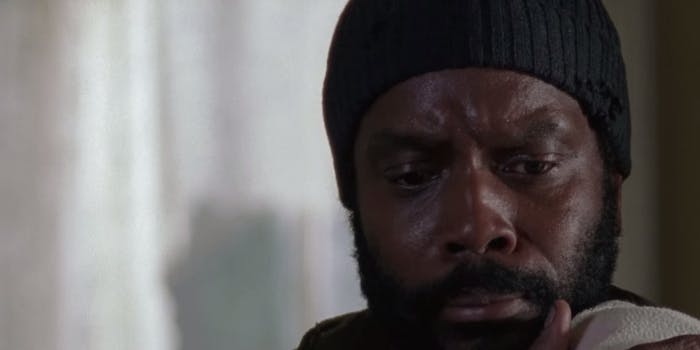 ‘The Walking Dead’ gets another round of Bad Lip Reading

'Why can't everybody be like Prince? An angel with a little afro.'

The YouTube jesters over at Bad Lip Reading unveiled another juxtaposition-laden bonanza over the weekend. For a second time, the canvas was AMC’s The Walking Dead. You know the drill at this point—whether Twilight or Game of Thrones, tweaking the words into incoherent, niche dialogue is resoundingly amusing.

The gag would get old if the writing wasn’t so clever. Some highlights:

“Y’all ready to be naughty?”

“There ain’t a man alive that doesn’t want to get his butt washed in the Jedi fountain.”

“A vagrant child came to me when I smashed my knuckle.”

“Why can’t everybody be like Prince? An angel with a little afro.”

Season 5 of The Walking Dead premiered Sunday night on AMC.