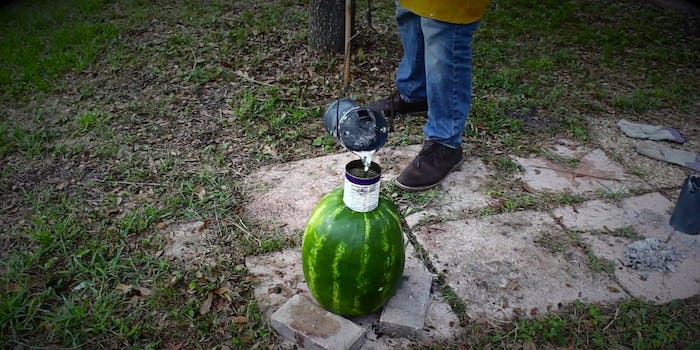 The unexpected awesomeness of pouring molten metal into a watermelon

If you’re going to destroy a perfectly good watermelon, do it for science.

Some science experiments answer life’s big questions. Others, like the latest one from the Backyard Scientist, are designed just to see what happens when you do something a little crazy.

This amateur experimenter says he didn’t really know why he decided on a watermelon as the receptacle for molten aluminum. Instead, he decided to test it out, well, just ’cause.

He and his friend thought that the watermelon would explode once the aluminum and water in the fruit mixed. That’s not what happened, and what did happen is even more impressive. It’s practically art—hot, stinky, molten art.