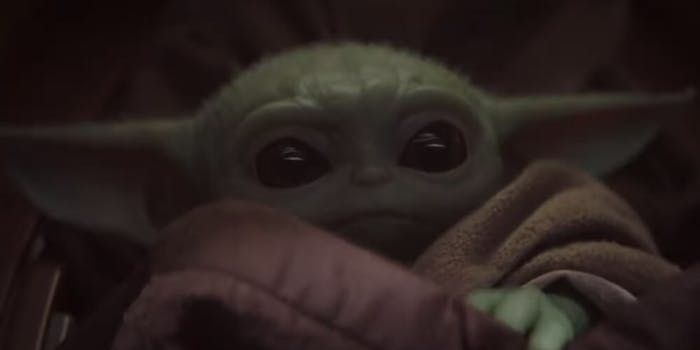 Petition calls for Apple to make a Baby Yoda emoji

The petition's creator argues that Baby Yoda 'stole our hearts' and now must 'steal our keyboard space.'

Baby Yoda‘s continued dominance over the internet has spurred an online petition calling for the beloved Star Wars character to have an emoji of its own.

Posted to change.org last week, the petition, which is pushing tech giant Apple to develop the emoji, blew past its initial goal of 2,500 signatures and has since garnered over 5,000 supporters.

The petition’s creator, Travis Bramble, argues that Baby Yoda “stole our hearts” and now must “steal our keyboard space” as well.

Those who have supported the petition clearly agree, with one signatory writing that “Baby Yoda unites us!”

In fact, a recent study found that Baby Yoda is actually more popular on social media than every 2020 Democratic candidate.

The goal of the petition has since been expanded to 7,500 signatures and will likely continue to grow.

Demands for an emoji is just the latest facet of the Baby Yoda takeover, which has spawned everything from tattoos to memes.

Whether Disney, which owns the Star Wars franchise, would allow a Baby Yoda emoji to be created by Apple remains to be seen.

The character first appeared on the Disney+ series The Mandalorian and shows no signs of disappearing from popular culture anytime soon.