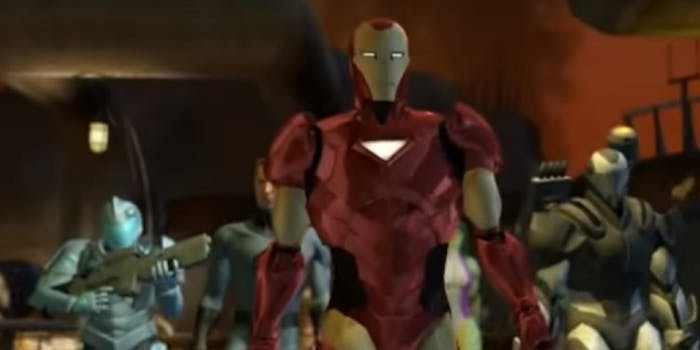 The canceled Avengers video game would have allowed players to team up as different Marvel heroes.

Given that Marvel Studios controls one of the biggest franchises in Hollywood history, it’s kind of surprising that we haven’t seen more Marvel video games. There are plenty of mobile games, but despite the publisher’s love of tie-in products, we’ve never seen a large-scale console game. Until now.

In 2010, video game studio THQ began working on an Avengers game, which evolved into a first-person action game where people could play as any of the main Avengers. It focused on teamwork among the superheroes, which sounded like the perfect way to adapt the Avengers narrative into a video game—but in the end, it never came to fruition. When THQ declared bankruptcy in 2012, the game was officially canceled.

In a new video from the YouTube channel DidYouKnowGaming, you can see what this game might have been like. Featuring gameplay footage and concept art from THQ and Marvel, it explores the rise and fall of the doomed Avengers tie-in.

According to this video, Marvel writer Brian Michael Bendis was brought in to write the game’s storyline, which differed from the plot of the 2012 movie. Instead of casting Loki as the villain, this game took inspiration from the Marvel Comics “Secret Invasion” storyline, with the Avengers fighting against the Skrulls. There were also several non-playable heroes who haven’t appeared in the MCU yet, like Wolverine and Captain Marvel.

While it’s hard to tell precisely how good this game might have been, this footage makes us wonder how long we have to wait for another major Marvel console game. It’s sure to happen at some point, right?