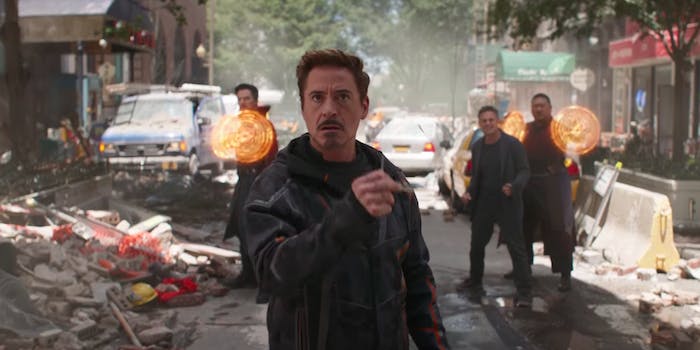 Avengers: Infinity War got off to a scorching start last week by setting the highest opening weekend record of all time. Now it can claim another impressive feat: becoming the fastest movie to gross $1 billion at the global box office.

The latest installment in the Marvel Cinematic Universe crossed the billion-dollar threshold on Saturday, its 11th day of international release. (The film debuted overseas last Wednesday, April 25 before opening in America on the 27th.) That puts the Avengers/Thanos showdown one day ahead of the former record-holder and fellow Disney property, Star Wars: The Force Awakens, which reached $1 billion on its 12th day of release.

‘Infinity War’ corrected a confusing error in the Marvel timeline

Historically, international audiences have not hailed Star Wars as a cinematic phenomenon in the same way American viewers have. They merely regard it as “just another blockbuster”—which is not to diminish The Force Awakens’ $1.13 billion international haul.

Marvel movies, on the other hand, typically earn a much larger chunk of their global gross overseas. Infinity War has followed that trend thus far, outpacing The Force Awakens but trailing it in America. By its eighth day of release, The Force Awakens had grossed $440 million in the United States, while Infinity War has made an estimated $369.7 million. That means the Avengers/Thanos showdown must currently settle for the second-fastest grossing movie in the United States. Bummer.

Infinity War also becomes the sixth film in the MCU to gross more than $1 billion, behind the last two Avengers flicks, Iron Man 3, Captain America: Civil War, and Black Panther. Of all those films, The Avengers holds the worldwide record, raking in $1.518 billion total. But given Infinity War’s heroic box office performance so far, the original Avengers record should disintegrate fairly quickly—just like everything else that gets sucked into that Infinity War dust meme.