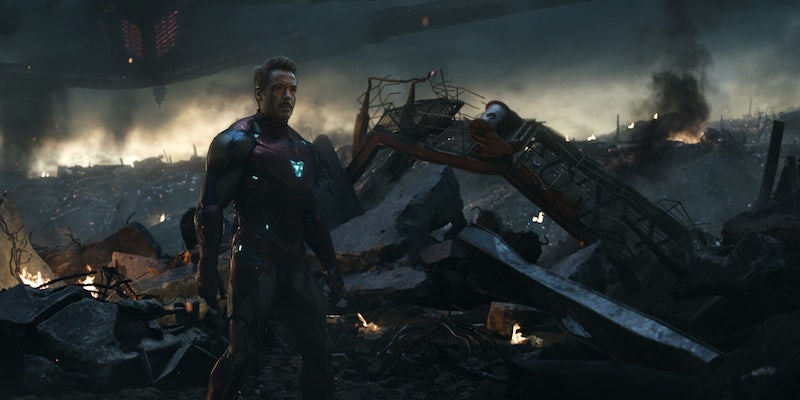 ‘Avengers: Endgame’ writers go in-depth on how they decided which superheroes lived and died

One character's ending has been in the works since 2015.

It takes a lot to plan the finale of a saga that spanned nearly two dozen movies. While some elements were shaped and evolved, at least two of Avengers: Endgame’s major touchstones have been planned by the film’s screenwriters in some form for years.

And part of that? While they didn’t know how at the start, they had always envisioned a way to ensure that Steve Rogers and Peggy Carter finally got that dance. And Iron Man was pretty much going to die in Endgame. It was just a matter of figuring out how that would happen.

“We realized over the course of the movies that Cap and Tony were on crossing arcs,” McFeely explained. “Cap, who had started as completely selfless and was jumping on grenades willy-nilly, was becoming more self-interested… And Tony started as the brash billionaire playboy, and the stakes are growing for him, the responsibility’s growing for him. We realized at one point, late in 2015, that for Steve to be his best self, he was going to have to get a life, and for Tony to be his best self, he might have to lose his.”

They touched on the gymnastics of trying to make dozens of superheroes work in a single film without getting in the way of one another—one abandoned Infinity War plot point involved several superheroes facing versions of themselves in Doctor Strange’s mindscape—and alternative scenarios that were later cut or rearranged to other films. They kept track of the cast by assigning dollar signs to each character (the more dollar signs, the more they were likely being paid) to ensure that the film didn’t waste their time.

For example, they originally planned for Smart Hulk to show up at the end of Infinity War before moving it to Endgame. And at one point, Markus and McFeely planned to have Hawkeye sacrifice himself to retrieve the Soul Stone instead of Black Widow before several female crew members objected to the idea.

But while it made sense for Markus and McFeely to end several character arcs with Endgame, they were set on ensuring that Thor and Hawkeye both lived, even before they knew that Thor would have a fourth solo film and Hawkeye would get his own Disney+ series.

“It’s not necessarily that we knew they’d get more stories, it’s just that…Thor has sacrificed and sacrificed and lost and lost. It’s not a good ending to kill him,” Markus said. “To have him finally, reasonably content with himself.”

And even though Endgame left us with plenty of questions including the mechanics of time-travel, something that the writers and directors couldn’t agree upon, at the end of the film, Markus and McFeely are just happy that people are still talking about it.

“I’m delighted at people still chewing over this thing,” Markus noted. “You know, if it’s, That’s stupid and I don’t like it and I’m talking about it because it was dumb, that’s one thing. But if it’s, I honestly don’t know, and it’s kind of cool to think about, that’s great.”