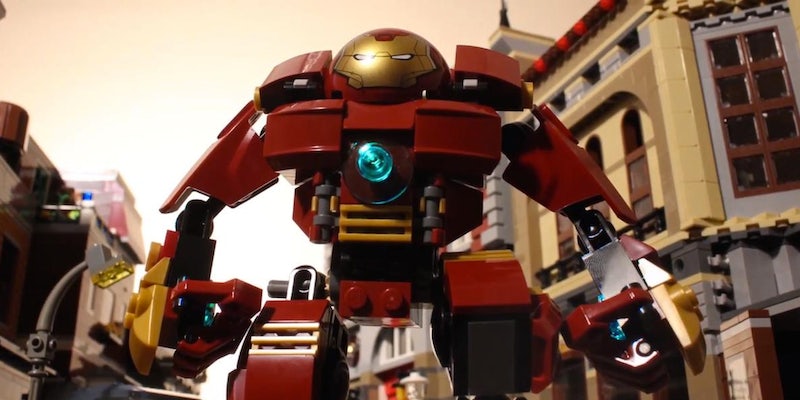 Finally, someone remade an ‘Age of Ultron’ teaser with Lego

If you weren’t already excited for the upcoming release of Marvel’s Avengers: Age of Ultron, just wait until you see this Lego remake of one of the film’s trailers.

The YouTube channel BrotherhoodWorkshop shared a Lego version of the trailer on Tuesday that took the group five months to create. When you watch this shot-for-shot recreation of the trailer, their hard work really shows.

You can see how well they matched the trailer by watching the Lego version side-by-side with the original in the video below.

The team did a great job of matching the trailer, and next week they will release a behind-the-scenes video revealing how they made their recreation.