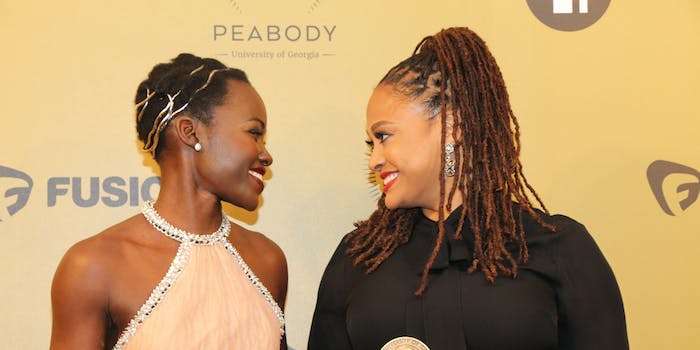 She confirmed she isn't interested in joining the franchise.

Ava DuVernay definitely won’t make a Star Wars movie. Replying to a question on Twitter, she confirmed, “Star Wars is not for me.” Thus ends the dream of many DuVernay fans, who hoped she’d join the franchise after turning down the job of directing Black Panther.

DuVernay’s name often comes up in discussions about future Star Wars directors, partly because she’s the most famous black female director in Hollywood. Disney (somewhat infamously) still hasn’t hired any women or people of color to direct Star Wars. DuVernay was many people’s dream choice after her success with Selma, and now with A Wrinkle In Time, she has more blockbuster sci-fi/fantasy experience than some directors Disney hired before.

Star Wars is not for me. But, very happy you dug WRINKLE IN TIME. xo https://t.co/CcrhVbY5hT

While many of us would love to see DuVernay do Star Wars, this is a helpful reminder that franchise filmmaking isn’t the end goal of every director’s career. DuVernay may prefer to work on original projects, and Star Wars doesn’t allow its directors full creative control. Just look at what happened with Solo, whose original directors were replaced after filming almost the entire movie.

In the end, Ava DuVernay knows best what to do with her own career.